President Abbas: Our hands are extended to just, comprehensive peace 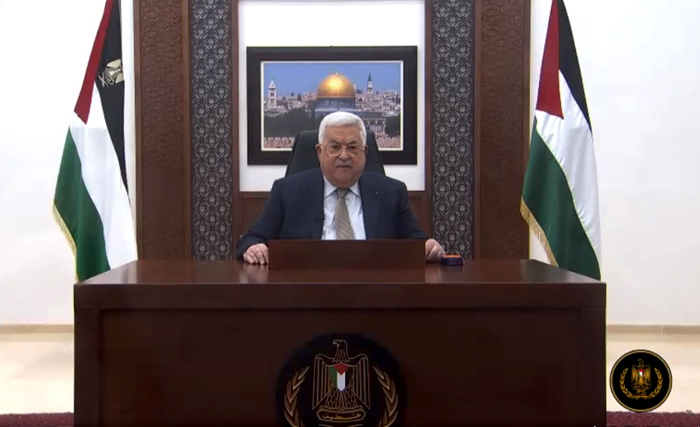 RAMALLAH, Friday, December 31, 2021 (WAFA) – President Mahmoud Abbas reaffirmed today his commitment to a just and comprehensive peace based on the resolutions of the international community and under the auspices of the International Quartet.

Speaking on the 57th anniversary of the outbreak of the contemporary Palestinian Revolution and Fatah Movement, President Abbas said in a televised speech aired via Palestine TV: "Our hands are extended to make a just, comprehensive and lasting peace through an international peace conference based on the resolutions of international legitimacy, under the auspices of the International Quartet, with a view of ending the occupation of the land of the State of Palestine and its capital, Jerusalem.”

“We have run out of patience with the bitter situation that our people have been living through for nearly eight decades,” said President Abbas. “We will not accept the systematic practices of the Israeli occupation that aim to undermine the character and identity of Jerusalem, as well as the sanctity of our holy sites especially in the Al-Aqsa Mosque, the Church of the Holy Sepulcher, and the Ibrahimi Mosque in Hebron.”

The President commended the Palestinian people for their resilience, patience and sacrifices under Israeli military occupation.

He also commended the Palestinian prisoners in Israeli jails and those wounded by Israeli occupation forces. “We will not abandon you. Your struggle is an honor that testifies to your sacrifices in defense of your homeland and people."

The President offered congratulations to the Palestinian people on this national anniversary and on the New Year.