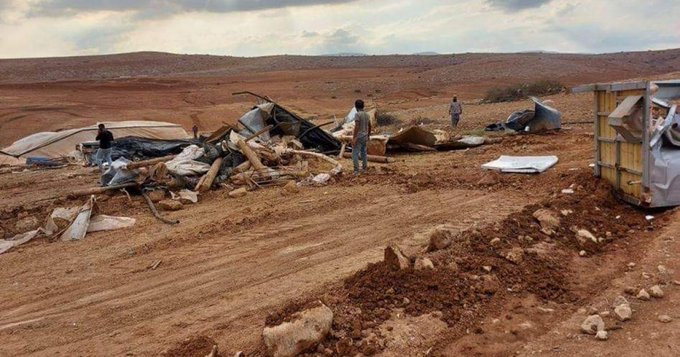 The head of the Ibziq village council, Abdel-Majid Khdeirat, told WAFA that a sizable Israeli military force stormed the village in the afternoon hours and declared it a closed military zone, preventing entry and exit from it, before starting large-scale demolitions.

He added that as part of the demolitions, Israeli bulldozers razed some 40 structures, including tents and residential and agricultural facilities, belonging to ten families.