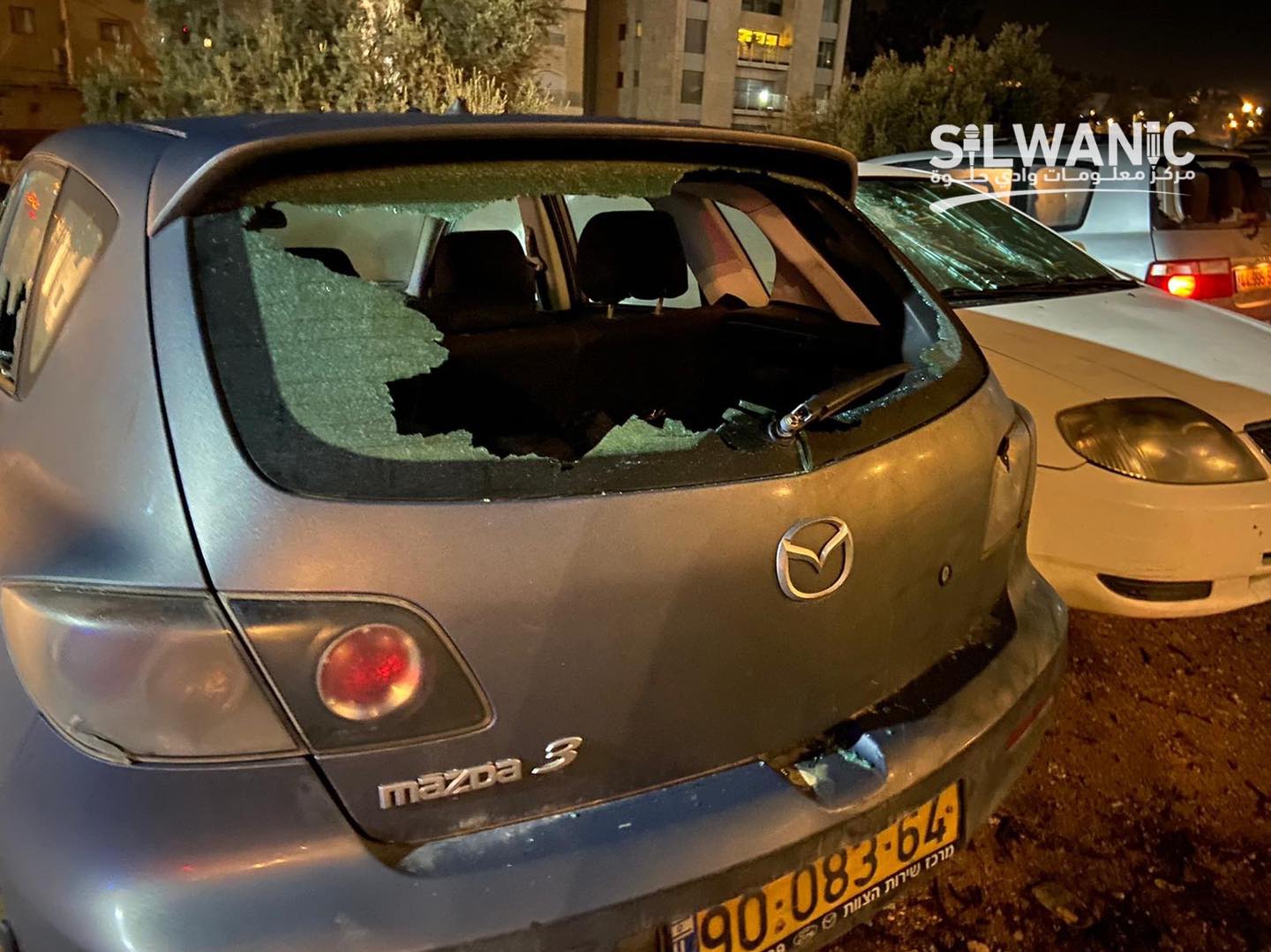 She said that a group of armed settlers attacked five Palestinian-owned vehicles in the neighborhood, smashing their windshields.