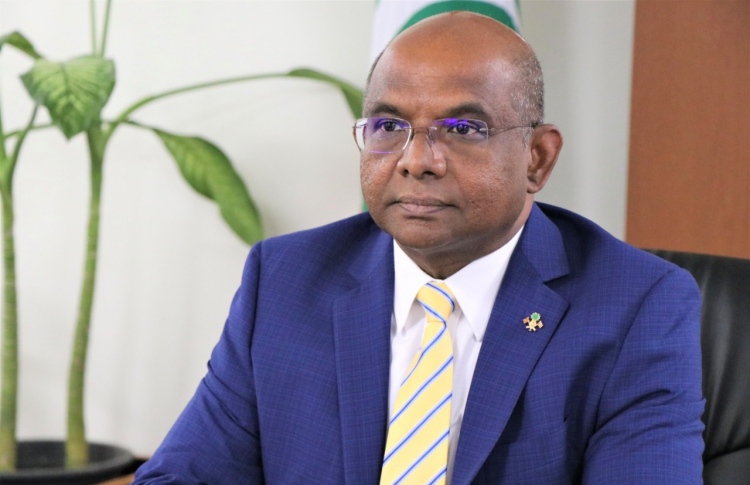 NEW YORK, Friday, December 03, 2021 (WAFA) - Peace and security in the Middle East are at stake if Palestinian suffering is not brought to an end with a solution to the Palestinian issue, the President of the United Nations General Assembly, Abdulla Shahid, has said.

"Words cannot save Palestinian people suffering from decades of occupation, arbitrary arrests, and the use of excessive force against them," Shahid told the UNGA plenary meeting on the question of Palestine and the situation in the Middle East.

"Words cannot restore their demolished homes or halt the proliferation of illegal settlements on their land."

He added, "These issues can only be resolved when we take action to resolve them: by providing humanitarian assistance; ending this conflict; upholding the human dignity of the region's inhabitants."

"Remedying this requires a multilateral political process aimed at achieving a just and peaceful solution. One based on international law and relevant UN resolutions."

He stressed that "the lack of progress on this issue, despite it having been on the United Nations' Agenda since 1948, is disheartening. "At stake is not only the region's peace and security, but our ability to come together as a global community and resolve international disputes, in line with the founding vision of the United Nations."