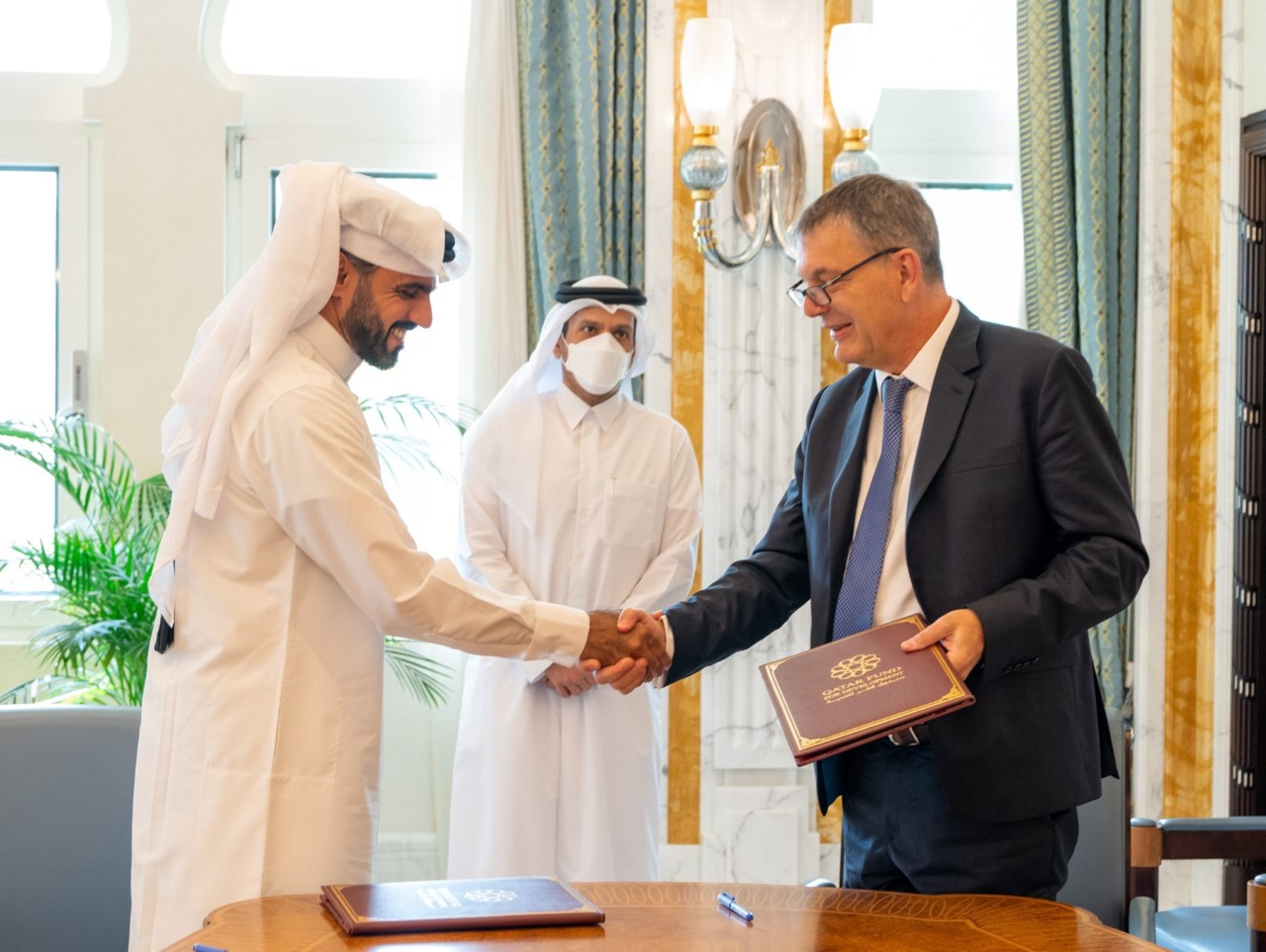 JERUSALEM, Wednesday, November 10, 2021 (WAFA) - The Qatar Fund for Development (QFFD) announced a $18 million contribution to the United Nations Relief and Works Agency for Palestine Refugees in the Near East (UNRWA) in support of its core resources for 2021 and 2022, today said an UNRWA press release.

Qatar is the first Arab country to have ever signed a multi-year agreement with UNRWA in 2018 - with the previous agreement covering core UNRWA resources throughout 2019 and 2020.

Furthermore, QFFD has contributed $7 million to UNRWA in support of its emergency program in Syria to cover urgently needed cash assistance, education, health and vocational training program for Palestine refugees in Syria, said the press release.

The general situation in Syria is still causing immense challenges for Palestine refugees. This contribution from QFFD comes at a much-needed time due to the deteriorating living situation and difficult socioeconomic conditions inside Syria which are further impacting an already vulnerable Palestine refugee population, with increasing levels of poverty and food insecurity, as well as fuel and electricity shortages, it said.

“UNRWA is extremely proud of its partnership with QFFD and the government of Qatar,” said Lazzarini. “Their regular support over several decades has greatly contributed to the Agency’s ability to deliver health, education and lifesaving services to Palestine refugees.”

In commenting on the timeliness of this outstanding show of support, he said: “At a time of intense pressure on our Agency, the generosity of the government of Qatar and QFFD sends a clear message of solidarity to the Palestine refugees.”

UNRWA is intensifying its outreach to donors and partners ahead of the International Conference on UNRWA that will be held in Brussels on 16 November under the chairmanship of Jordan and Sweden. The conference is seeking to establish a plan whereby the international community provides the Agency with sufficient and sustainable funding to allow the continuation and modernization of the services that Palestine refugees receive as part of the UNRWA mandate from the United Nations General Assembly.