3 Palestinians injured in yet another attack by Israeli settlers 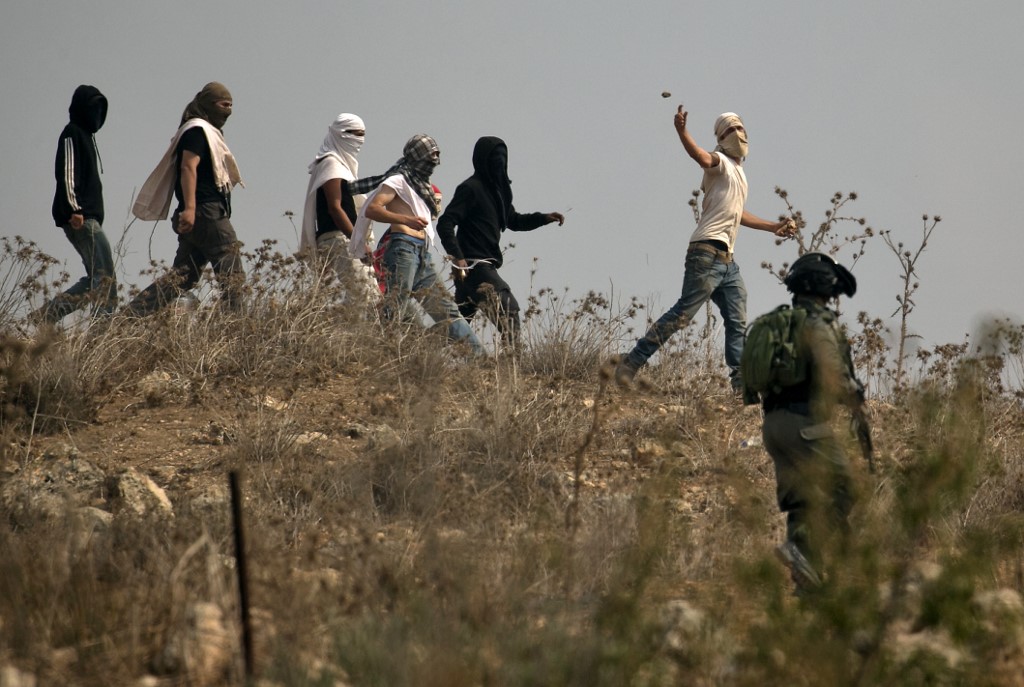 Israeli occupation soldiers stand by as masked Israeli settlers throw stones at Palestinian civilians near the Palestinian village of Turmusaya, north of Ramallah in the West Bank, October 2019. (Credit: AFP)

NABLUS, Saturday, November 6, 2021 (WAFA) – Three Palestinians sustained fractures and bruises today in a fresh attack by hardcore Israeli settlers on the village of Burin, to the south of Nablus in the occupied West Bank, according to local sources.

Rateb Jabour, an official in charge of monitoring Israeli settlement activities in the area, said a group of Israeli settlers who apparently came from the nearby illegal Israeli settlement of Yitzhar attacked homes of Palestinians on the outskirts of the village and assaulted local residents, causing fractures to a local Palestinian citizen, who was identified as Adel Eid. Another two Palestinians sustained bruises as a result of the attack.

Clashes erupted between local Palestinians and the Israeli occupation army in the village in the aftermath of the attack.

The settlement of Yitzhar is notorious for its hardcore Jewish settler community who in the past years carried out dozens of attacks against Palestinians and their property, including arsons, stone-throwing, uprooting of crops and olive trees, attacks on vulnerable homes, among others.

Settler violence and vandalism in the occupied territories is almost a daily occurrence, and attacks by settlers are rarely prosecuted by Israeli occupation authorities.

Over 500,000 Israelis live in Jewish-only settlements across occupied East Jerusalem and the West Bank in violation of international law.