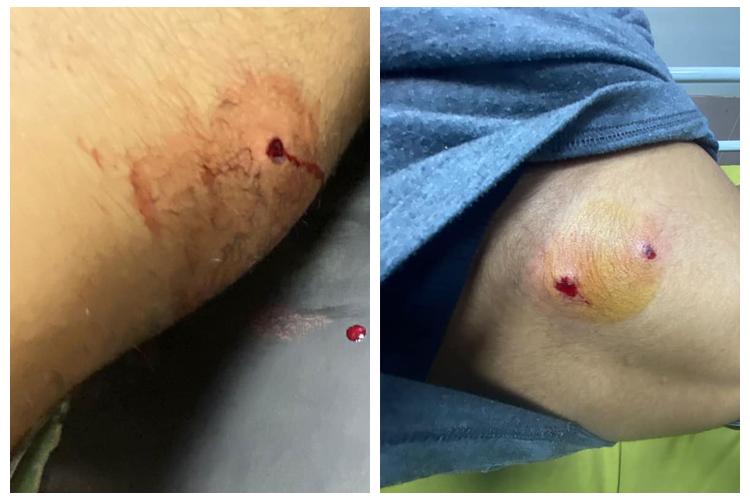 They said that Israeli forces re-arrested a former prisoner after breaking into his family house and ransacked several other houses in Qalandia refugee camp, north of Jerusalem, turning them topsy-turvy.

During ensuing confrontations, the soldiers opened fire toward local youths who attempted to block their passage, injuring two by 22 caliber bullets, known as Toto ammunition, in the back and the foot.

The casualties were rushed to a hospital in Ramallah for treatment, where their condition was described as moderate.

Still in Jerusalem district, Israeli police detained another, identified as the head of the Committee for the Preservation of Islamic Cemeteries in Jerusalem, Mustafa Abu Zahra, as reported by the Wadi Hilweh Information Center.

In Ramallah district, a sizable Israeli military force, comprising five vehicles and over 20 soldiers, raided Rantis village, northwest of the city, where they rounded up a father of three.

While in the village, the soldiers conducted a thorough search in the surroundings of the house and when the family took some time to open the door, the soldiers attempted to break it before ultimately detaining the man from a nearby house.

In the northern West Bank, the Palestine Prisoner’s Society (PPS) confirmed a similar raid in Tulkarm refugee camp and Tulkarm city, resulting in the detention of two others.