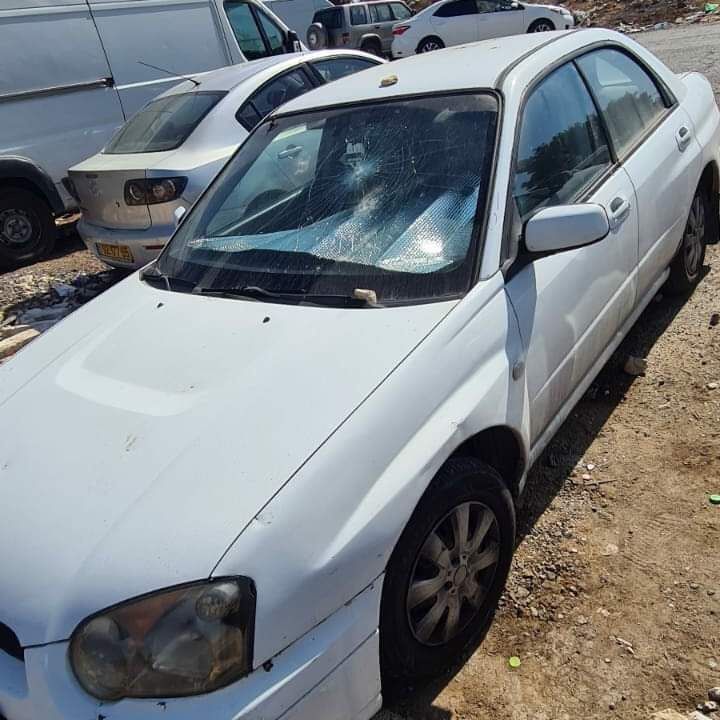 JERUSALEM, Saturday, October 9, 2021 (WAFA) – Israeli settlers today destroyed a number of vehicles belonging to Palestinian residents in the village of Beit Iksa, northwest of Jerusalem, according to local sources.

Sources said that Israeli settlers from the Har Samuel settlement, built illegally on Beit Iksa land, smashed the glass of several Palestinian-owned cars which were parked near the settlement.

A few months ago settlers set fire to four cars and broke the glass and damaged the tires of others in the aforementioned village.

The 2000 residents of the town are completely isolated by Israel’s apartheid wall. They are subjected to almost daily harassment by the Israeli forces and settlers in an attempt to force them to leave the area for the benefit of settlement expansion.