Palestinian freedom fighter Mohammad Arda tells lawyer: "I wanted to gain my freedom in my own way" 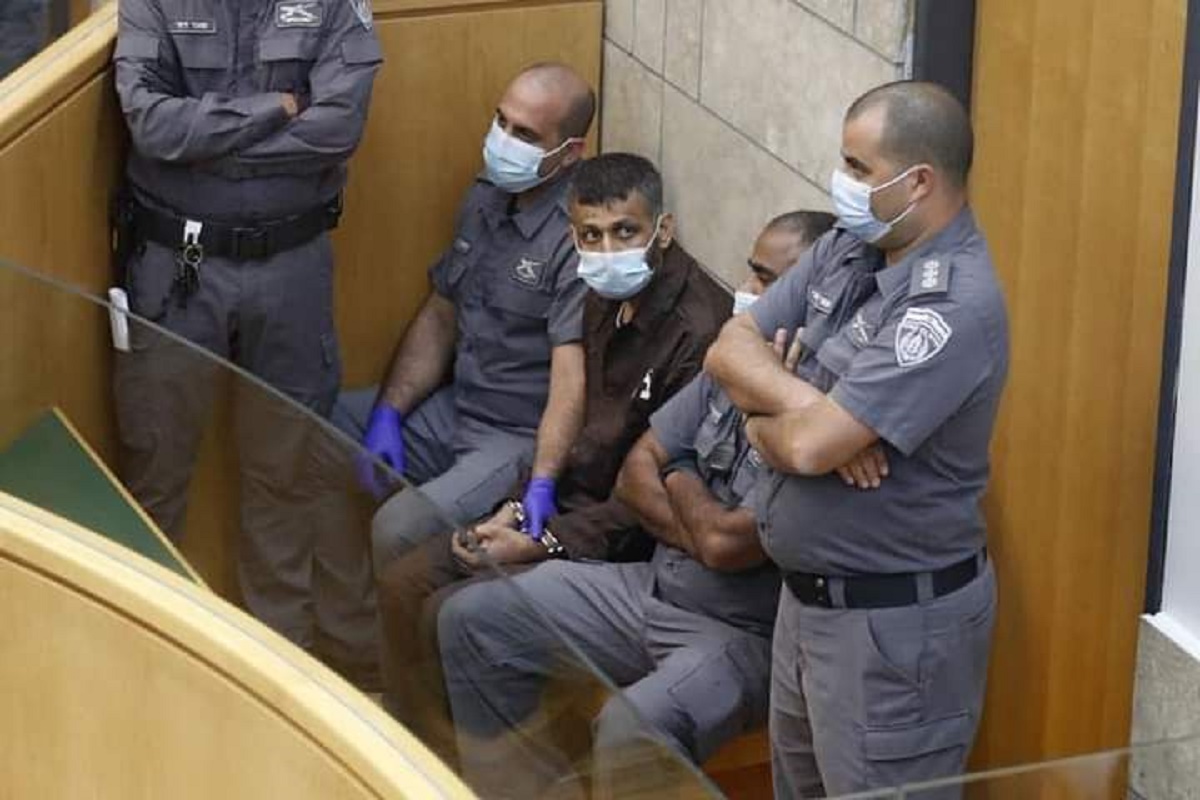 RAMALLAH, Friday, September 17, 2021 (WAFA) – Palestinian freedom fighter Mohammad Arda, one of the six Palestinian political detainees who miraculously escaped the heavily fortified Israeli prison of Gilboa on September 6, has told his lawyer that he had wanted to gain his freedom in his own way.

“I decided to gain freedom in my own way because there was no hope of release, especially since a life sentence is indefinite,” Arda, who is serving multiple life sentences in Israeli prisons, has told his lawyer Khaled Mahajna.

Ardah, along with Zakaria Zubeidi, were recaptured on Saturday while hiding near the village of Shibli, east of Nazsreth city, hours after Mahmoud Arda and Yaaqob Qadri were recaptured near Nazareth. The remaning two escapees, Ayham Kamamji and Munadel Nudeiat, are still at large until the moment.

Al-Adra dismissed Israeli reports that he had reenacted the jailbreak from Gilboa Prison, and said he has spent the period since he was recaptured on September 11 until today between solitary confinement and interrogation cellars.

“Despite hunger and the difficulty of the Israeli occupation forces’ manhunt for me and for my comrades, if the five days [I spent on the run] were my whole life, I would have agreed,” Al-Arda was quoted as saying by his lawyer, Mahajna.

Three days ago, Mahajna said following his first visit to Arda that the latter had been subjected to physical abuse, deprivation of sleep, denial of food and water, and humiliation, that caused him injuries to his head and face.

Mahajna recounted the details of his first visit to Arda after an Israeli court lifted the ban imposed by the Israeli Security Services on visits by the lawyers to the four prisoners who were recaptured.

Mahajna said in an interview with Palestine TV after the visit to Mohammad Arda at his detention center that the Israeli occupation forces brutally assaulted him at the moment of his capture, noting that he was hit on the head and above the right eye, and he has not received treatment, and that he suffers from many wounds sustained during his pursuit and arrest.