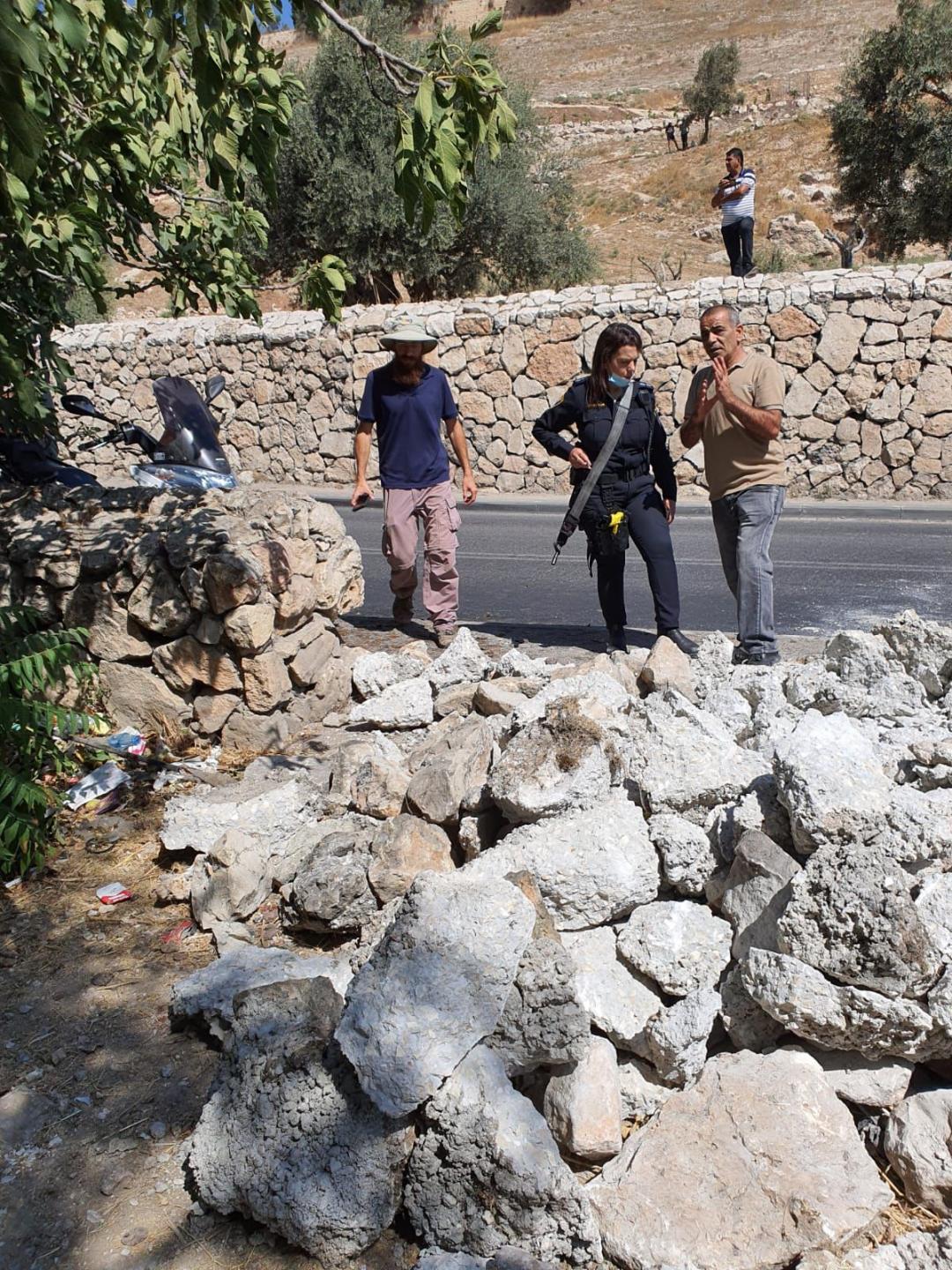 A Palestinian landowner is seen inspecting the damage to his plot of land in Silwan.

JERUSALEM, Tuesday, August 31, 2021 (WAFA) – Israelis today broke into Palestinian-owned land in Wadi al-Rababa area of Silwan neighborhood in occupied East Jerusalem and demolished a retaining wall, according to one of landowners.

Ahmad Sumrein said Israelis tore down a 10-meter-long retaining wall built many years around a plot of farmland belonging to the Sumrein family in the southern part of Wadi al-Rababa.

He added that the wall was demolished under the flimsy pretext of cleaning up the plot of land while pointing that Israeli settlers intruded upon it a year ago.

The Israel Nature Reserve Authority along with the Israeli municipality of West Jerusalem have been targeting Wadi al-Rababa for many years, seeking to turn it into a park. All the land in the valley is owned by Palestinians who every year cultivate and plow the land, planted mainly with olive trees.