Japan contributes $3.7 million in food assistance for Palestine refugees in the Gaza Strip 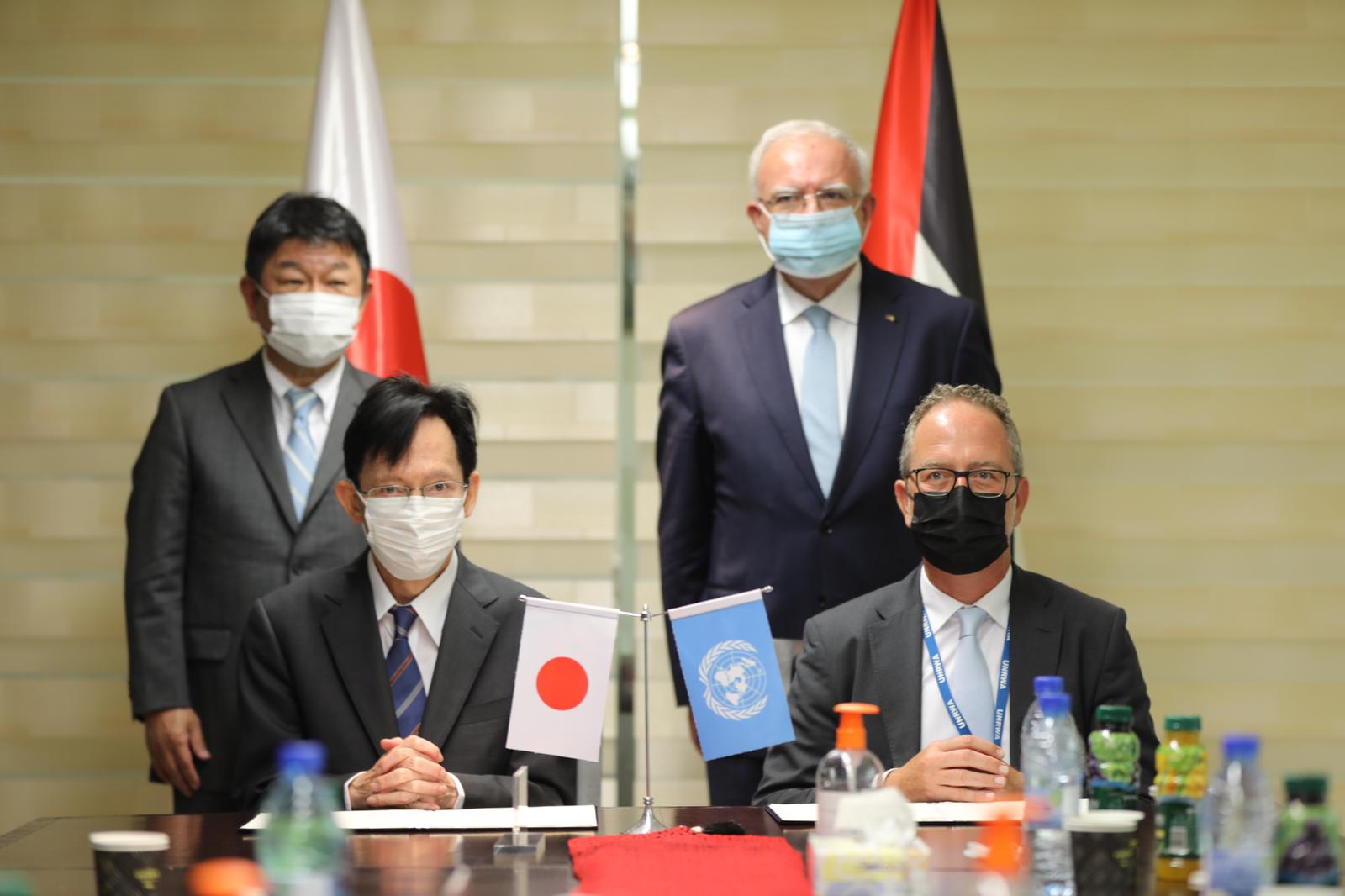 JERUSALEM, Wednesday, August 18, 2021 (WAFA) - The Government of Japan yesterday signed a contribution agreement worth 400,000,000 Japanese Yen (approximately $3.7 million) with the United Nations Relief and Works Agency for Palestine Refugees in the Near East (UNRWA) in the presence the Minister of Foreign Affairs of Japan, Toshimitsu Motegi, and the Minister of Foreign Affairs of the Palestinian Authority, Riyad Malki, and UNRWA Director of Partnerships Karim Amer.

This important contribution will allow UNRWA to continue offering essential in-kind food assistance to over one million Palestine refugees in the Gaza Strip rendered dependent on food aid by repeated cycles of conflict and the continuing COVID-19 pandemic.

“I am very happy to share with you that the Government of Japan has decided to contribute approximately $3.7 million to UNRWA at this critical time. This contribution represents our determined commitment and solidarity to Palestine refugees at a time when the region is experiencing serious humanitarian crisis,” Masayuki Magoshi, Ambassador of Japan for Palestinian Affairs, said.

Welcoming Japan’s donation, Thomas White, Director of UNRWA Affairs in Gaza, said, “UNRWA thanks the Government of Japan for this valuable contribution and its continued support for Palestine refugees. We are immensely grateful for your generosity, which allows for the provision of essential humanitarian support at a time of unprecedented need.”

The Japanese donation will allow UNRWA to cover the cost of quarterly in-kind food assistance for 190,000 poor Palestine refugees suffering from deteriorated socioeconomic conditions and dire local health situation. Over 68 percent of households in the Gaza Strip are severely or moderately food insecure. Any disruption in the delivery of in-kind food assistance would risk further exacerbating these fragilities.

The Government of Japan is a dedicated donor to UNRWA, having supported the Agency since 1953. In 2020, the Government of Japan was the 5th largest contributor to the Agency, playing a critical role at a time when UNRWA faced an existential crisis. The current contribution is the second time Japan has supported the Agency’s in-kind food program in 2021, following on a $5.3 million donation in support of food-dependent Palestine refugees in June of this year. It is thanks to the enduring support of donors like the Government of Japan that the Agency is able to provide vital services to Palestine refugees across the Middle East in the face of its continuing challenges.