Israeli warplanes attack areas in the besieged Gaza Strip, cause damage but no injuries 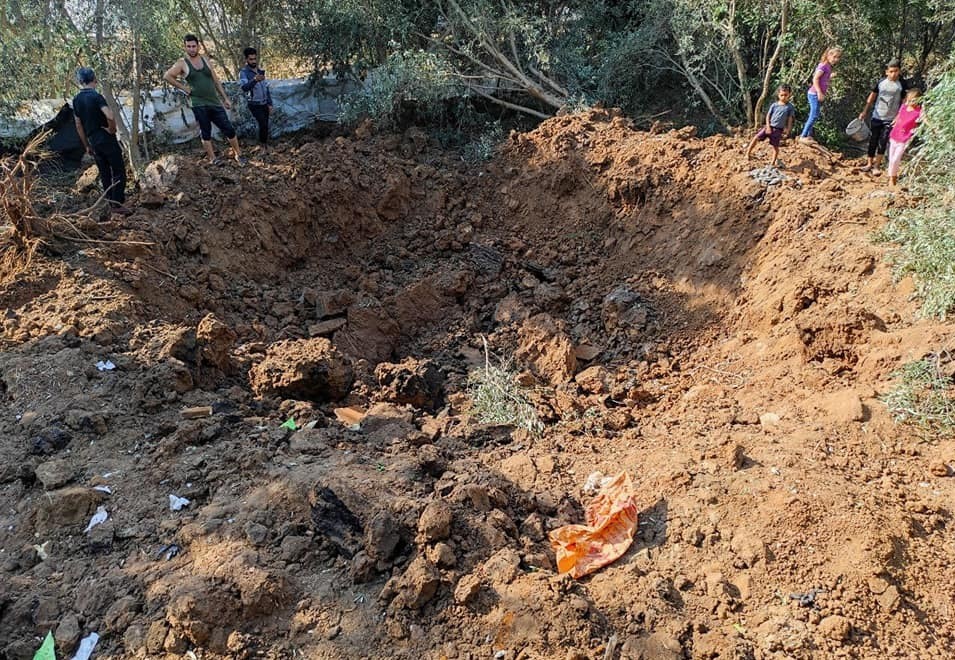 A hole in the ground caused by an Israeli missile attack in the northern Gaza Strip.

He said warplanes fired at least two missiles at a location east of Tuffah neighborhood, east of Gaza City in the northern Gaza Strip, causing damage to property.

Attacks were also reported on a location east of Jabalya and on another north of Beit Lahya, also in the northern Gaza Strip, causing damage but no injuries.

Israel claimed the attacks came in retaliation for the firing of incendiary balloons from Gaza into southern Israel that caused fire in several fields in border towns.