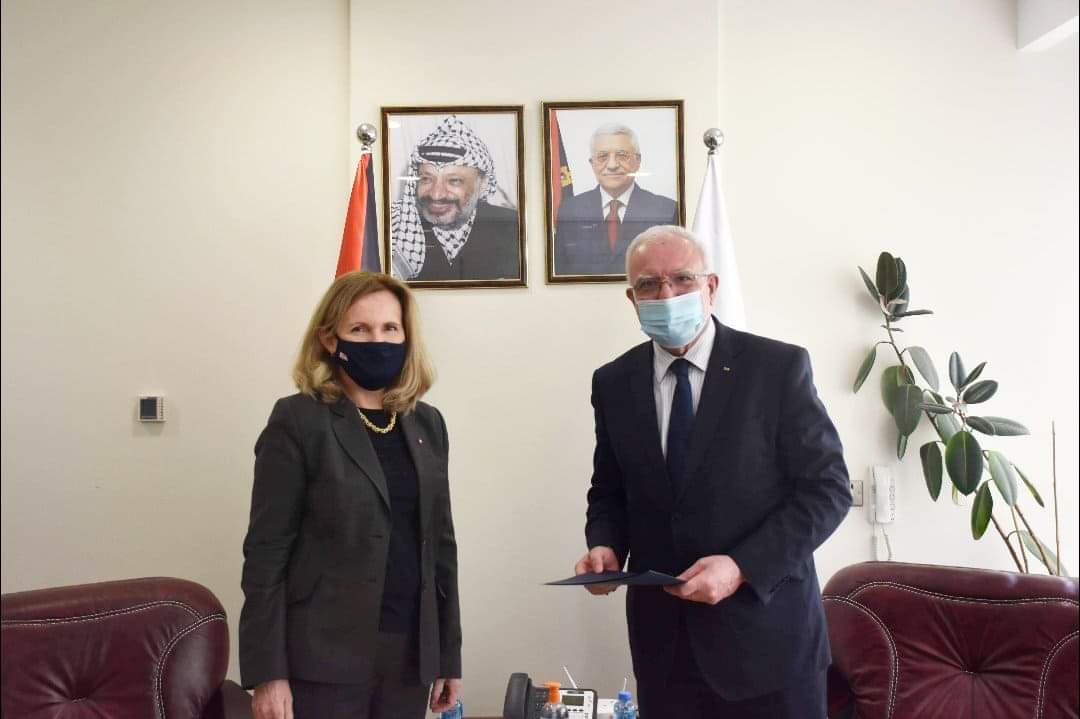 RAMALLAH, Wednesday, July 14, 2021 (WAFA) - Minister of Foreign Affairs and Emigrants Riyad Malki today received at the ministry's headquarters in Ramallah the new British Consul General in Jerusalem Diane Corner who presented him a copy of her credentials.

“Delighted to present a copy of my letter of introduction to His Excellency Foreign Minister Malki today. I stressed UK’s commitment to a Two State Solution and to further strengthening relations between our two peoples,” said Corner in a tweet.

Malki said he is looking forward to develop and strengthen bilateral relations between Britain and Palestine in various fields, expressing hope for British support for the legitimate rights of the Palestinian people and support in international forums.

He wished Consul General Corner success in her new duties, noting that his ministry is fully prepared to cooperate with her to facilitate her tasks in a manner that serves the development and strengthening of bilateral relations between their two countries.

In her turn, Consul General Corner said she was delighted with the new tasks entrusted to her, stressing her country's firm and supportive position for the Palestinian people and their institutions.

She said she would work to strengthen and develop British-Palestinian relations at all political, economic, social and cultural levels.

Corner started on Monday work as Consul General at the British Consulate General in Jerusalem, making her the first woman in this role.

“I’m looking forward to working with the team @UKinJerusalem to further advance UK-Palestinian relations and get to know Palestinians and their culture,” he tweeted.