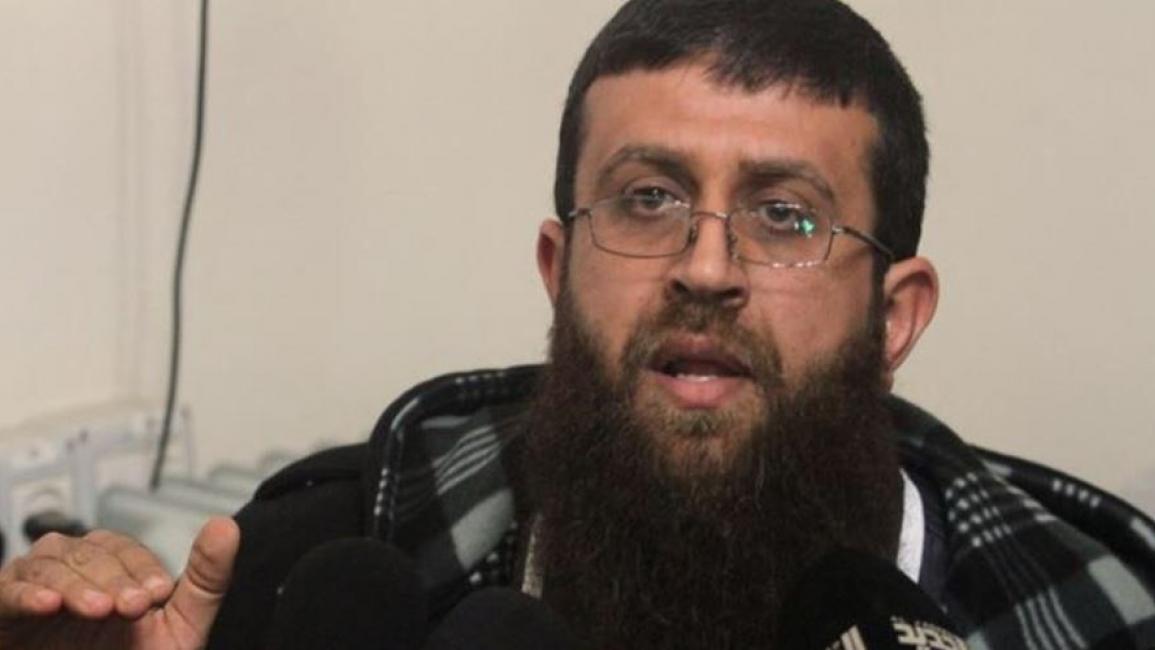 RAMALLAH, Thursday, June 23, 2021 (WAFA) - Khader Adnan, a Palestinian prisoner in Israeli detention who has been on hunger strike for 25 days in protest of his detention without a charge or trial, ended today his hunger strike after reaching an agreement with the Israeli occupation authorities to release him next week.

Jawad Boulus, Adnan's lawyer, confirmed that he had visited him at the Israeli detention facility of Al-Jalama and that he suspended his hunger strike upon the agreement with the Israel Prison Service.

Adnan is a former prisoner in Israeli occupation's jails, and has served more than five years in prison.

He has previously embarked on hunger strikes in protest of Israel's policy of administrative detention, under which many detainees and he can be placed in prison without a charge or trial, and based on a secret file that even the detainee's lawyer is not allowed to review.

Adnan, 43, holds a Bachelor's degree in mathematics. He is married, and is a father of nine children, the youngest of whom is one-month-old.

Israel's widely condemned policy of administrative detention allows the detention of Palestinians without charge or trial for renewable intervals usually ranging between three and six months based on undisclosed evidence that even a detainee’s lawyer is barred from viewing.