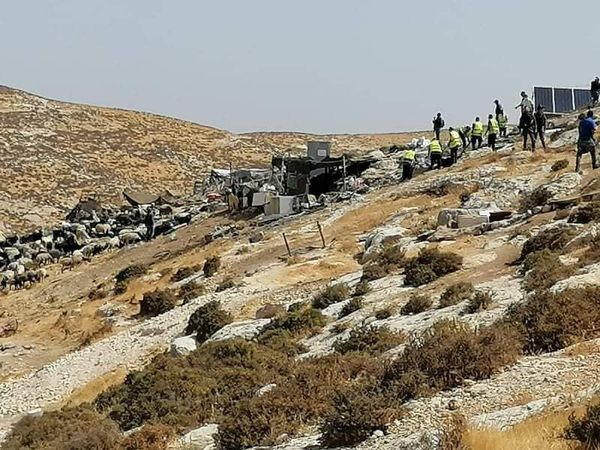 Rateb al-Jabour, coordinator of the Wall and Settlements Resistance Commission, told WAFA that the Israeli forces demolished the structures as well as seized solar cells under the pretext that they are located in an area that is classified Area C, which is under full Israeli military rule.

Palestinians are not allow to develop Area C without a permit from the Israeli Civil Administration, the name Israel gives to the body administering its military occupation of the West Bank, which is never granted.