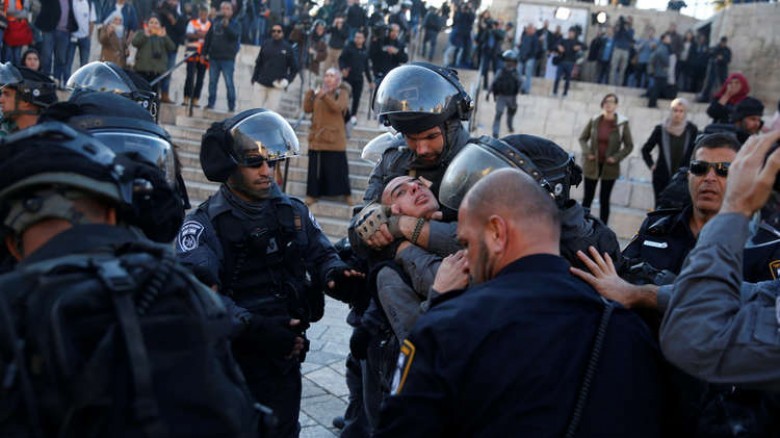 Israeli police quell a rally against the forced expulsions of Palestinian families from the Batn al-Hawa.

JERUSALEM, Wednesday, May 26, 2021 (WAFA) – Israeli police Wednesday morning quelled a rally against the forced expulsions of Palestinian families from the Batn al-Hawa area of Silwan in occupied East Jerusalem, according to an information center and witnesses.

The Wadi Hilweh Information Center said that heavily-armed Israeli police violently cracked down on the participants in the rally against the forced dispossession of Palestinian families of their houses in Batn al-Hawa, south of Al-Aqsa Mosque compound, beating them up and detaining a 16-year-old teen after hitting him on the face using rifle butts.

Police reinforced their deployments in the vicinity of the Israeli Central Court and set up metal barriers to prevent the participants from reaching the court building at the time of a hearing to review an appeal submitted by the families against their forced expulsions.

A similar rally was held on Tuesday evening, and involved dozens of Palestinians chanting slogans against their forced expulsions in a sit-in tent in the neighborhood amid a beefed-up police deployments.

Head of the Committee for the Defense of Batn al-Hawa, Zuheir al-Rajabi, said that 86 families, comprising some 1,750 members and living in 15 buildings, face the imminent risk of forced dispossession.