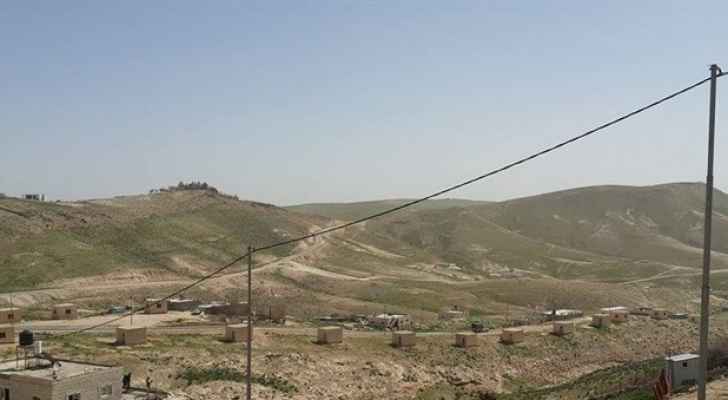 Above is a photo for Arab Ar-Rashayida village.

BETHLEHEM, Wednesday, May 26, 2021 (WAFA) – Israeli settlers today seized an old building to serve as in Arab Ar-Rashayida village, east of the occupied West Bank city of Bethlehem, according to a local official.

Mayor of Arab Ar-Rashayida, Fawz Rashayida, told WAFA that the a group of settlers took over  a 400-square-meter old building, which previously served as base for Jordanian army before 1967, cleaning it, connecting it to the electrical and water supply networks, and installing lightings as well as beds inside.

He pointed out that this area, which is very close to the village, is vital and is deemed off-limits to the villagers and other Palestinians as the Israeli occupation authorities cite the designation of the area as a nature reserve as a pretext.

He warned that the settler move is intended to serve as a prelude to taking over hundreds of donums of Palestinian land and establish a new colonial settlement outpost.

The village has been a target for Israeli settler and forces attacks and harassments, including halting the rehabilitation of the road leading to it, seizing livestock, tents and vehicles belonging to the villagers, as well as imposing fines as a means to forcefully displace them and make room for the expansion of nearby Israeli colonial settlements.