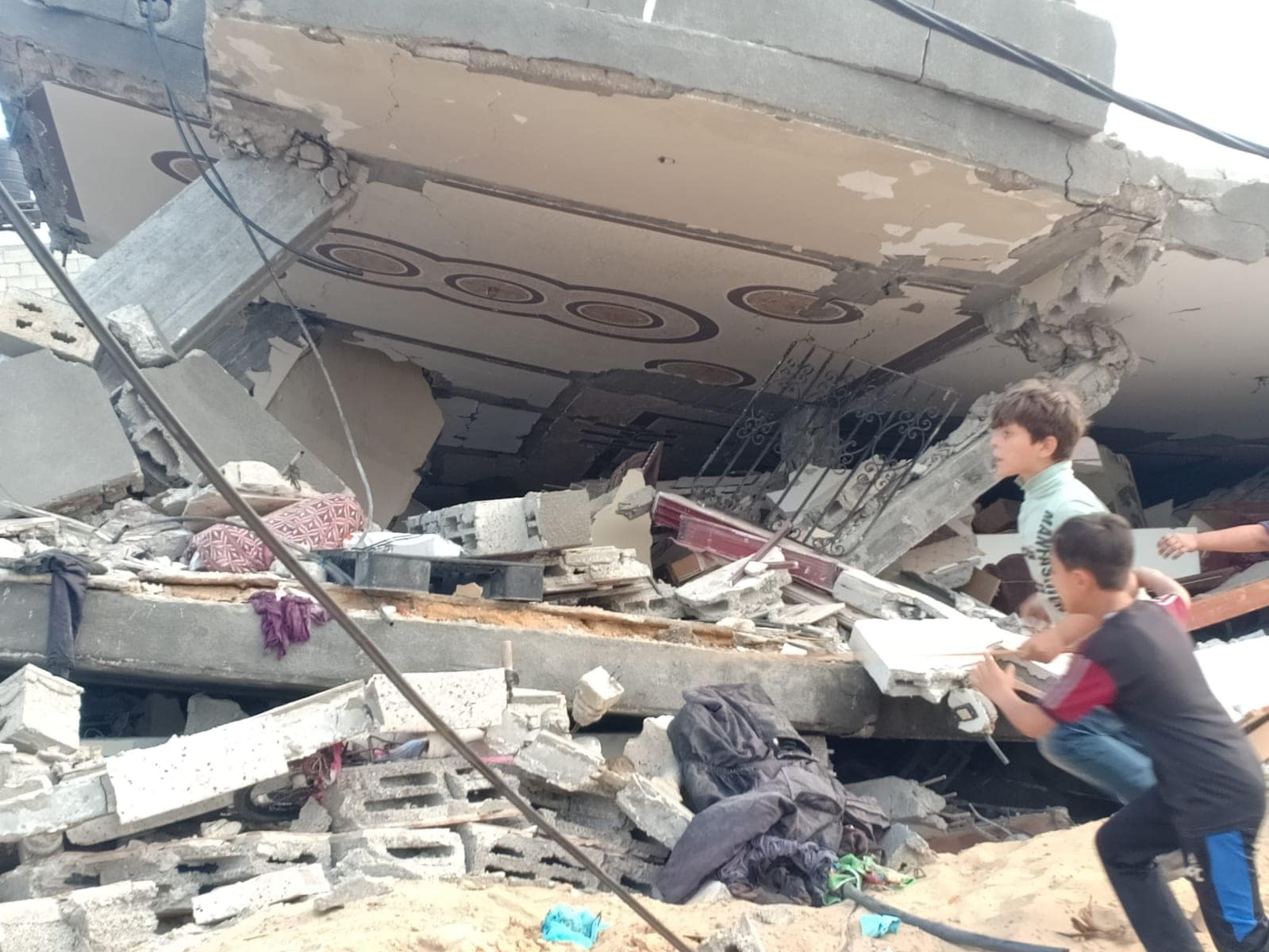 One of hundreds of buildings destroyed in the Israeli bombardment of the Gaza Strip.

CAIRO, Saturday, May 22, 2021 (WAFA) – Egypt announced today that it has dispatched the largest aid convoy to the Palestinian people in the Gaza Strip, which consists of 130 trucks loaded with 2,500 tons of foodstuffs, medicines, and baby milk, in addition to clothes, furniture and electrical appliances.

Bassam Radi, spokesman for the Egyptian presidency, said that this convoy was sent at the directives of President Abdel Fattah El-Sisi.

Egypt has brokered the ceasefire in the Gaza Strip between Israel and the Palestinian factions that went into effect early yesterday morning. Eleven days of Israeli bombardment of the Gaza Strip left around 250 people dead, over 60 of them children, and large-scale devastation in buildings and infrastructure, leaving thousands of families homeless.