Unparalleled growth in attacks and violence against Arabs in Israel, says rights group 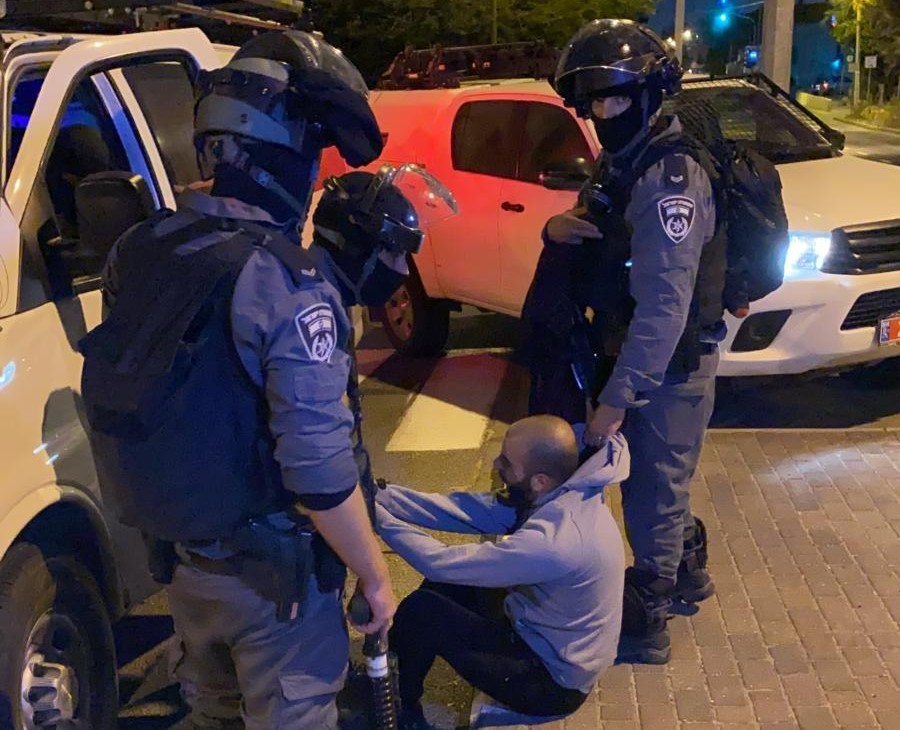 GENEVA, Wednesday, May 19, 2021 (WAFA) –Violence against Arabs in Israel has been on the rise recently as the police have repeatedly abused and overlooked abuses against the minority during the past few days, Euro-Mediterranean Human Rights Monitor said today in a statement, expressing serious concern.

Last week, Israeli towns and cities witnessed violence against Arabs who demonstrated and expressed their anger over the attacks committed by the Israeli police and citizens on worshipers and solidarity activists in the Al-Aqsa Mosque and the Sheikh Jarrah neighborhood in occupied East Jerusalem.

On May 10, the city of Lod witnessed indiscriminate shootings by armed Jewish groups on one of the demonstrations in the city, resulting in the death of Arab citizen, Musa Hassouna and the wounding of others.

In his testimony to Euro-Med Monitor, Malik Hassouna, the father of the victim Musa Hassouna, 31, said: "On the evening of May 10, my son Musa was near one of the peaceful demonstrations in the city protesting the attacks that took place in Al-Aqsa Mosque." "Four Jews belonging to a group called the ‘Torah Nucleus’ traveling in a vehicle and started firing live bullets at the demonstrators.

The bullets hit my son’s heart and killed him instantly," the father said.

After the shooting, the families of the wounded tried to bring their relatives to Asaf Harofe hospital, but the security forces at the hospital threw tear gas canisters on them to prevent them from entering.

On the next day, the Israeli police attacked the participants at Hassouna’s funeral in the city of Lod; they attacked the mourners in a very violent manner; and fired stun grenades, tear gas canisters and live bullets in the air. This caused a temporary halt to the funeral.

On the same day, the Israeli police assaulted an unarmed Arab citizen in Haifa while he was on the main street, where the police forces beat, kicked and arrested him without any justification.

On Wednesday 12 May, a video circulated across social media networks, which was seen by Euro-Med Monitor, documenting the police in the city of Haifa storming the house of Arab citizen Awad Mahamid. The video shows the brutal treatment of the police forces towards the residents of the house amid the screams of the women and children.

The forces attacked the men with sticks and hands in front of their children’s eyes.

On the same day, a group of Jews stormed the Wadi al-Jamal neighborhood in Haifa with motorcycles and cars, fired live bullets, sound and tear gas bombs at places populated by Arabs. They also violently attacked Arab demonstrators in Wadi Nisnas, Jaffa Street and Abbas in order to disperse them.

Jaffa also witnessed a series of attacks on Arabs residing in the city on that day, as the Israeli police shot Arab citizen Ibrahim Suri in the face while he was filming the police attacks from his balcony.

In the village of Kafr Manda in the city of Galilee, a 23-year-old young man was moderately wounded after being stabbed by Jewish groups near the Hamovil roundabout. He was transferred by a medical team to Buria Hospital to receive necessary treatment.

The city of Nazareth also witnessed assaults and arrests against Arab citizens. The Israeli police raided the house of the Abbas family in the Al-Safafra neighborhood and attacked and arrested a young man in his twenties. The police also violently attacked and arrested many participants of the demonstrations that took place in the city.

The Israeli Prime Minister Benjamin Netanyahu had reassured several border guards during his meeting with them on Thursday, May 13, that they would not be subject to investigation committees if they violated the law.

"Calm and security must be restored to the residents of Israel. You have full support to protect yourselves, do not be afraid of the investigation committees," he said.

All the attacks carried out by Israeli groups against the Arabs were under the protection of the Israeli police. The Israeli court in the city of Lod released four Israelis suspected of involvement in the murder of Musa Hassouna without any conditions or restrictions.

The Israeli authorities must end violence and attacks against Arabs residing in Israel, enable Arabs to express their views peacefully and urge them to hold all Israelis involved in these attacks in the attacks and impose harsh penalties against them, said Euro-Med Monitor.