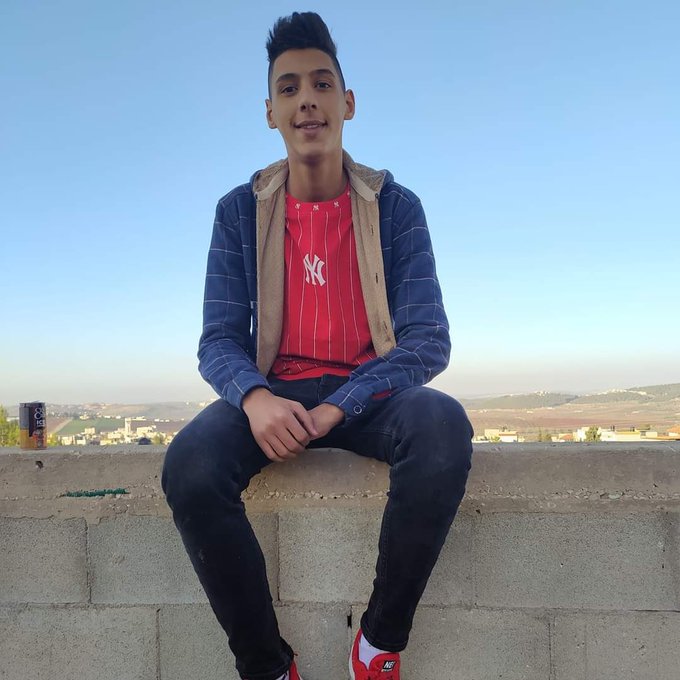 TUBAS, Wednesday, May 12, 2021 (WAFA) – Rashid Muhammad Abu Arreh, 16, was this morning shot by Israeli occupation soldiers in Tubas and killed, according to medical sources. He is the second casualty of Israeli army raids in the West Bank within few hours.

Medics said Abu Arreh was shot by two bullets in the neck and chest and died immediately.

Another young Palestinian was run over by an army jeep and suffered broken ribs and bruises. He was reported in stable condition.

Soldiers raided Tubas early this morning and clashed with local residents, said witnesses, resulting in the shooting and killing of Abu Arreh.

In the south of the West Bank, soldiers also shot and killed this morning 26-year-old Hussein Titi in Fawwar refugee camp.