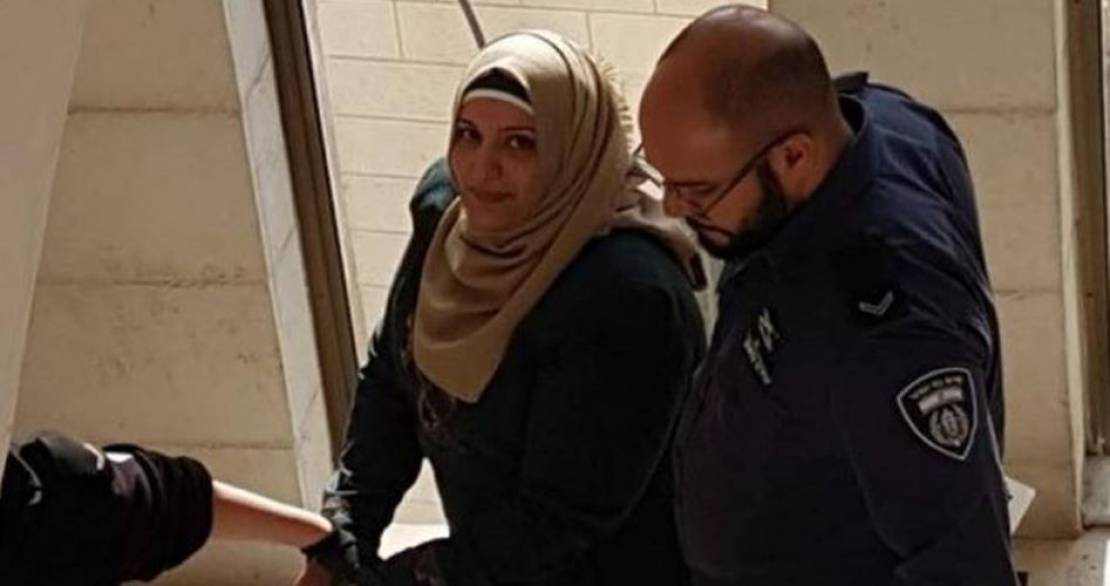 JERUSALEM, Saturday, April 17, 2021 (WAFA) – For nearly four years, the family of Munther Hamadeh in the occupied Jerusalem neighborhood of Sur Baher has not gathered at the Ramadan Iftar (breakfast) table, after the Israeli occupation arrested his wife Fadwa and sent her to prison, turning the lives of the family upside down.

On August 12, 2017, the story of the deprivation of motherhood began for Hamada, Sadeen, Mohammad, Ahmad and Mariam, along with their father Munther, a story that will continue for the next ten years, the remainder period that the mother, Fadwa Hamadeh, 34, will have to spend in the Israeli prisons.

Munther says that their lives were turned upside down after his wife was arrested. The youngest of his daughters was four months old, while the eldest was his son Hamada, who was eight years old at that time. The signs of joy and the atmosphere of happiness that brought the family together have disappeared, while sadness and anxiety prevailed instead.

He bitterly talks to WAFA about the memories of the holy month of Ramadan with his wife. “She used to prepare the most delicious foods and sweets and decorate the Ramadan Iftar table with the most delicious dishes. After that, we used to go to the Al-Aqsa Mosque to pray Taraweeh with the children,” he says. “All these events disappeared with her arrest.”

Fadwa, who married Munther in 2009, is a university graduate with a degree in hotel management and accounting. She has memorized the entire Holy Qur’an during her last solitary confinement.

Mariam is the youngest child of Fadwa who is now four years old. The Israeli occupation not only deprived her of her mother, but prevented her during her last visit two weeks ago from giving her mother a flower she picked for her, under the pretext of preventing the spread of the coronavirus, according to the father.

Amal Rabiaa, the mother of Fadwa, says her daughter’s arrest changed their lives entirely. Fadwa left behind five children, the youngest of whom is Mariam, who was still breastfeeding by the time her mother was arrested.

Rabiaa often finds herself dealing with her grandchildren's repeated daily inquiries about their mother and when she would return home, adding, "Every time I visit Fadwa at Damon prison, I return home back sick due to what I see."

Rabiaa explains that, as a result of solitary confinement, her daughter suffers from several diseases in the joints and bones, in addition to blood pressure and other diseases, with the Israeli prison authorities refusing to provide her with the necessary treatment other that painkillers.

Fadwa Hamadeh is one of 12 mothers out of 41 female Palestinian prisoners in Israeli detention for their activism in the resistance of the Israeli occupation, and who are deprived of their families.

The Israeli occupation authorities are still incarcerating more than 4,500 Palestinian and Arab prisoners for resisting its occupation of their homeland. Many of these prisoners have been in prison for more than 25 years.