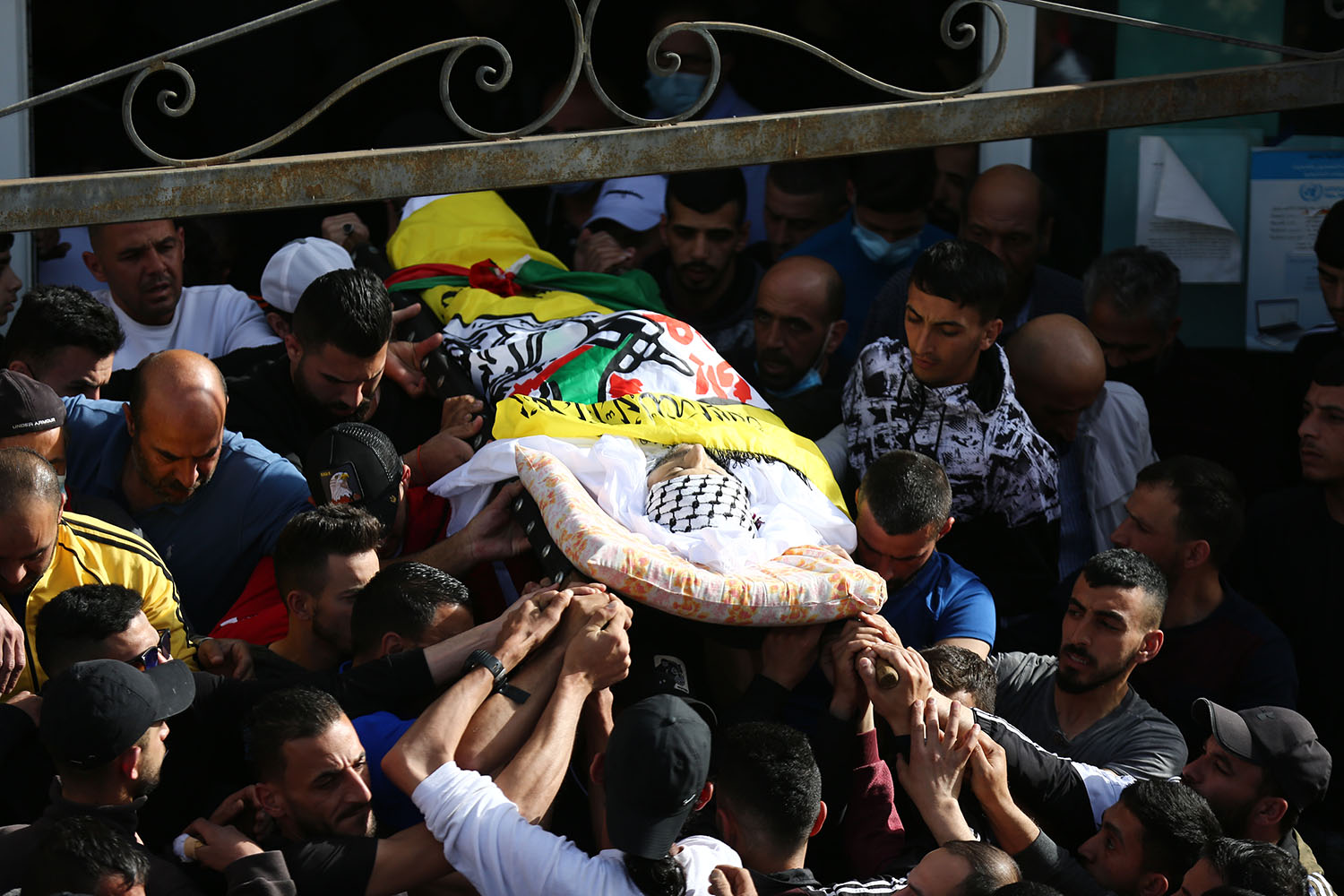 Osama Mansour, shot and killed by Israeli soldiers near Ramallah, was buried in his village. (WAFA Images/ Shurouq Zeid)

JERUSALEM, Tuesday, April 6, 2021 (WAFA) – Palestinians clashed today with Israeli soldiers at a checkpoint northwest of Jerusalem following the funeral of a man the soldiers killed earlier in a village near Ramallah.

Local sources said the soldiers fired teargas at the Palestinians who were protesting the murder of Osama Mansour, 42, earlier in the day at a checkpoint in Beir Nabala village. Several people reportedly suffocated from inhaling tear gas.

Mansour, who was shot and killed after soldiers opened fire at his car as he was heading home with his wife, who was injured but reported in moderate condition, was buried at his Biddu village, near Beir Nabala.