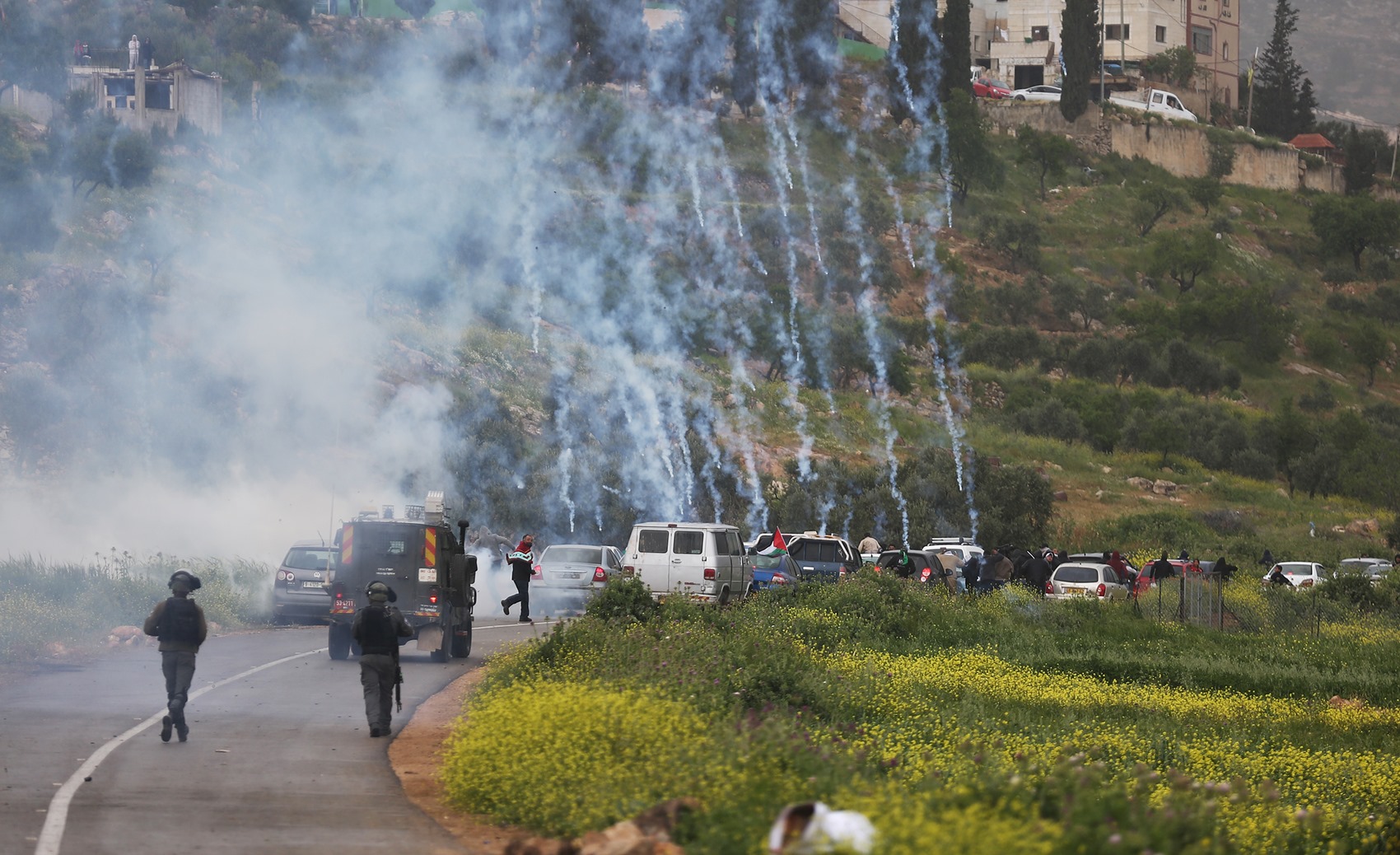 RAMALLAH, Friday, April 2, 2021 (WAFA) – At least six Palestinians were injured and many others sustained suffocation from teargas today, when Israeli occupation forces attacked two anti-settlement rallies in the villages of Al-Mughayyir and Beit Dajan in the occupied West Bank.

In Al-Mughayyir village, northeast of Ramallah, soldiers fired rubber-coated rounds and teargas towards hundreds of Palestinian protesters who were holding a weekly protest against colonial Israeli settlements, as well as against Israel's ongoing shutdown of the main entrance to the village for the third week.

Six of the protesters were reportedly injured, while many others suffocated from teargas, according to the village's mayor Amin Abu-Alia. He said all of the wounded were treated at the scene by local medics.

In the meantime, Israeli occupation army fired rubber-coated rounds and teargas at Palestinians holding a similar weekly protest in Beit Dajan village, east of Nablus, injuring many of them. Several injuries were reported.

Over the past few months as, Palestinians have held weekly protests in the two villages as well in many other areas in the occupied West Bank, against Israel's ongoing theft of Palestinian land for the benefit of the colonial Israeli settlement construction and expansion.