Palestinian forced to demolish own house in Jerusalem 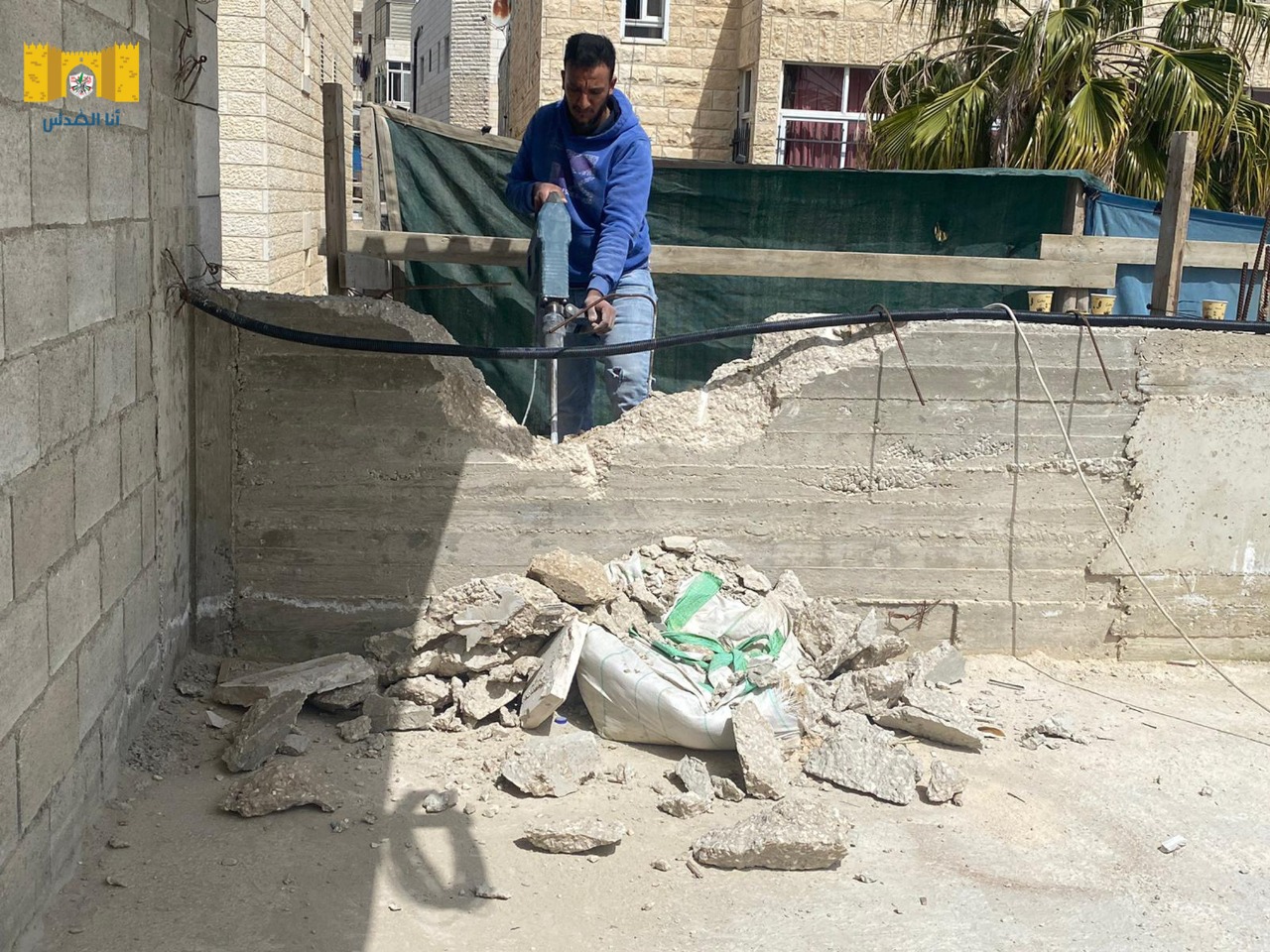 JERUSALEM, Sunday, March 21, 2021 (WAFA) – Israeli occupation authorities today forced a Palestinian to demolish his own house in the neighborhood of al-Isawiya in occupied Jerusalem, under the pretext of unlicensed building, according to local sources.

Raja'e Atiyeh, a citizen of al-Isawiya, embarked on tearing down his own house in the neighborhood to avoid paying exorbitant costs if the Jerusalem municipality carries out the demolition on its own.

At the same time, the municipality and government build tens of thousands of housing units in illegal Jewish-only settlements in East Jerusalem for with a goal to offset the demographic balance in favor of the Jewish settlers in the occupied city.

Palestinians in East Jerusalem, a part of the internationally recognized Palestinian Territory that has been subject to Israeli military occupation since 1967, are denied their citizenship rights and are instead classified only as "residents" whose permits can be revoked if they move away from the city for more than a few years.