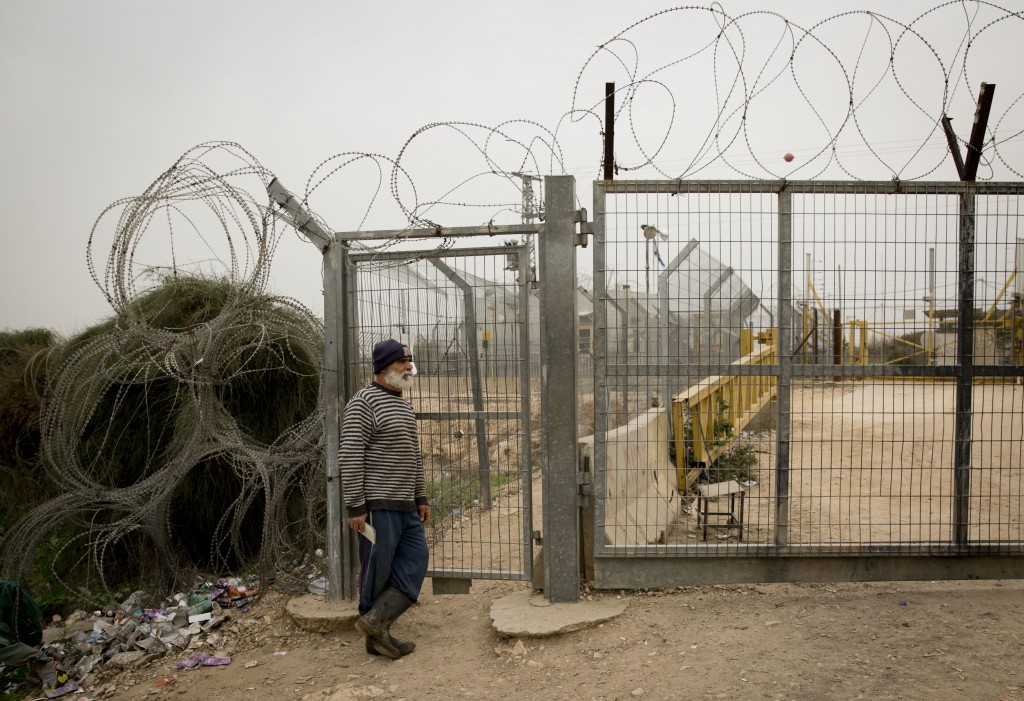 ِA Palestinian man waiting by the Israeli apartheid barrier for soldiers to open the gate for him.

SALFIT, Monday, March 15, 2021 (WAFA) - Palestinian farmers working on their lands threatened with seizure behind the Israeli separation barrier were forced this evening to wait for hours for Israeli soldiers to open the gate in the barrier, near the city of Salfit, to enable them to return home.

Khalil Taqtaq, one of the farmers, said they were forced to wait for three hours behind the separation barrier for Israeli soldiers manning the gate in the barrier to arrive and open the gate.

He said the occupation forces prevented them yesterday from reaching their land behind the barrier, despite being notified by the Israeli side that they would be allowed access to their lands. He said they were surprised when they arrived in the morning to find out that the gate was closed, where they stayed for three and a half hours waiting in vain before returning to their homes.

To be noted, Palestinians whose land lies behind the separation barrier must obtain special permits – which are not easily granted and are often given to only specific family members - to reach their land.