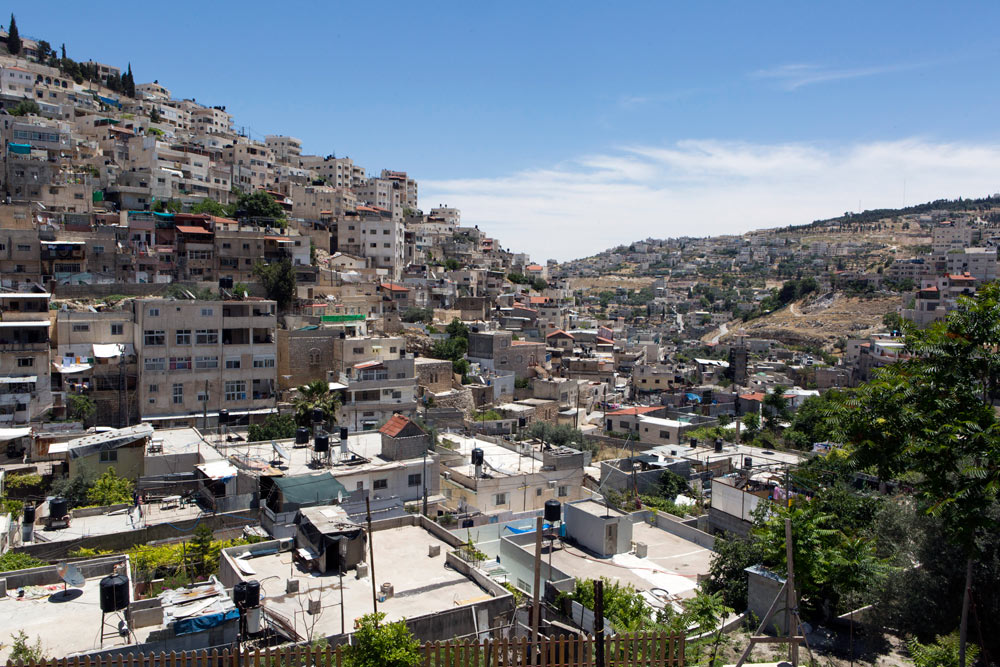 GENEVA, Monday, March 15, 2021 (WAFA) – Three dangerous Israeli decisions threatening to evacuate and demolish dozens of homes in East Jerusalem paving the way for implementing Israeli plans for a massive destruction and displacement operation against the population may amount to the crime of ethnic cleansing and a war crime, the Euro-Mediterranean Human Rights Monitor said in a statement.

The Israeli decisions coincide with the authorities' establishment of settlement projects in the heart of Palestinian communities in East Jerusalem to perpetuate a policy of racial discrimination against the Palestinian population, it added.

The Euro-Med Monitor referred to the decision of the Israeli District Court issued on March 4 to reject an appeal submitted by three Palestinian families from the Sheikh Jarrah neighborhood in occupied East Jerusalem against the decision of the Israeli Magistrate's Court issued on September 4, 2020. Thus, the evacuation decision will enter into force no later than August 2021 against the Hammad, Dawoudi and Dajani families, consisting of seven families and 25 individuals, including eight children.

This decision comes after the Israeli District Court rejected on February 10 the appeal of four families from the Sheikh Jarrah neighborhood against the Magistrate's Court's decision issued against them in October 2020. The families, al-Jauni, al-Qasim, Iskafi and al-Kurd, include seven households of 30 individuals, including 10 children.

In November 2020, the Israeli Magistrate's Court decided to activate the Sabbagh family's evacuation, consisting of five households and 32 people, including 10 children. Thus, 19 households from eight families, comprising 78 people, of whom 28 are children, remain threatened with forced displacement at any moment.

The Euro-Med Monitor indicated that while the Israeli occupation authorities insist on eviction decisions against Palestinian homes in the Sheikh Jarrah neighborhood, the municipality has approved establishing a memorial for soldiers of a battalion in the Israeli army paratrooper's brigade killed during the occupation of Jerusalem in 1967.

According to Israeli media, the plan includes building observation points and a small theatre while the neighborhood's Palestinian residents suffer from a lack of public institutions and open spaces.

The project is funded by the Permanent Fund of Israel, at the cost of one million Israeli Shekels (about $300,540), and it is located in the heart of the Sheikh Jarrah neighborhood. This means that dozens of Palestinian families in the area will face lawsuits demanding evacuating their homes, as part of an extensive settlement scheme in the neighborhood, given that settlement associations claim the existence of Jewish ownership of the neighborhood since before 1948.

The Euro-Med Monitor also expressed grave concern over the demolition plans that the West Jerusalem Israeli municipality is preparing for in Silwan neighborhood adjacent to Al-Aqsa Mosque in East Jerusalem, which places dozens of Palestinian homes under threat of demolition at any moment.

On March 11 the Israeli municipality in Jerusalem unveiled a decision that rejected engineering plans for the al-Bustan neighborhood in Silwan. The court also decided not to extend the freeze on the demolition of the neighborhood's homes.

According to Fakhri Abu Diab, a spokesman for the Committee for the Defense of Silwan Lands and Homes, the Israeli municipality has rejected the engineering plans it had previously requested to present over the past years to stop the demolition of the neighborhood.

Abu Diab stressed that the municipality disavowed and cancelled previous agreements with engineers, lawyers, and the neighborhood committee not to demolish the neighborhood, despite the people's commitment to provide and develop plans, open streets, and allocate some sites for public infrastructure facilities such as schools and playgrounds.

Under this development, 100 homes, inhabited by 1,550 people, most of them children and women, in the al-Bustan neighborhood are at risk of displacement.

The Euro-Med Monitor said that these Israeli decisions and plans related to the evacuation, demolition and displacement of Palestinians, and the establishment of Jewish buildings and landmarks, reflect the apartheid system that Israel pursues in light of its reliance on discriminatory laws and unfair policies.

These plans come in light of the acceleration of demolition of Palestinian homes in Jerusalem as data show that the Israeli occupation forces destroyed 148 homes, displacing 450 people in East Jerusalem neighborhoods during 2020.

The Euro-Mediterranean Human Rights Monitor affirmed that the Israeli authorities' demolitions and eviction decisions consecrate a systematic policy as part of their efforts to displace Palestinians forcibly, as part of the attempts to change the demography of the occupied city.

Euro-Med Monitor stressed that the destruction and unlawful deportation of civilians in the occupied territories violate the Fourth Geneva Convention and constitute a war crime under paragraph 4 of Article 8 of the Statute of the International Criminal Court issued in Rome on July 17, 1998, which stipulated the definition of the crime of aggression. In it: "Extensive destruction and appropriation of property, not justified by military necessity and carried out unlawfully and wantonly."

Euro-Med Monitor warned that the destruction operations are characterized by racial discrimination committed by the Israeli army. While it creates restrictions and obstacles that prevent Palestinians from obtaining building permits, it uses the lack of permission as a pretext to carry out the escalating demolitions. It is one of many pretexts for demolition, including security, punitive and other excuses, which ultimately lead to the policy of destroying homes to displace Palestinians in exchange for allowing the establishment of hundreds of settlement units and providing support and budgets for that.

Euro-Med Monitor called on the international community and the United Nations to shoulder their responsibilities in stopping Israeli violations and urgently intervening to stop house demolition plans and change the city's demographic reality.