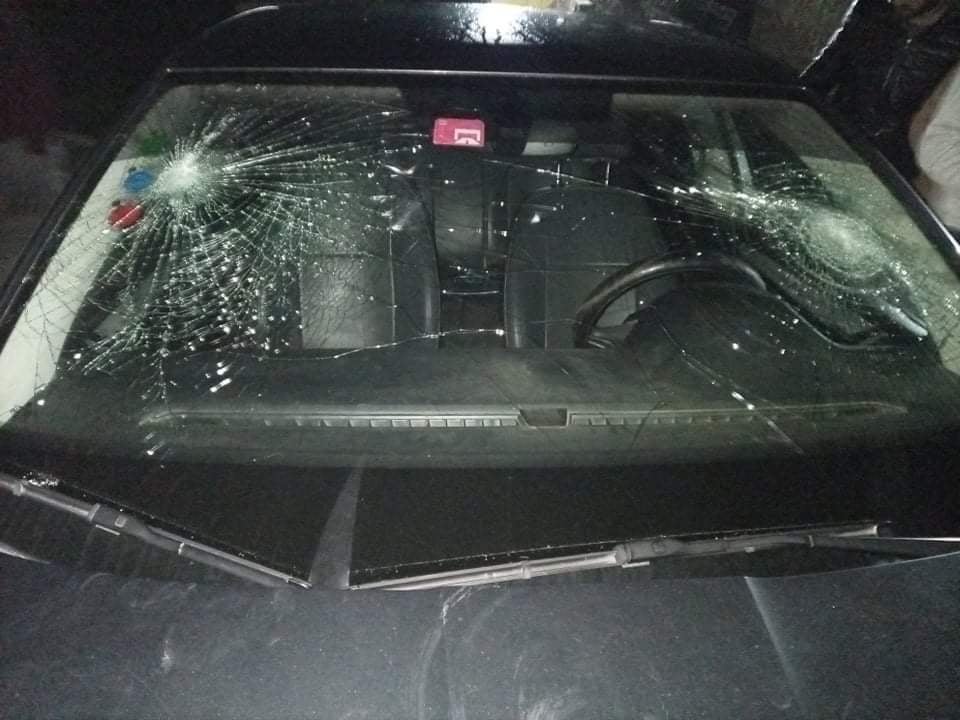 SALFIT, Saturday, March 06, 2021 (WAFA) – Israeli settler vandals attacked a Palestinian family today while they were present in their own farm outside the village of Bruqin, near the town of Salfit in the occupied West Bank. No injuries were reported, local sources said.

Vandals from the nearby illegal Israeli settlement of Brukhin physically attacked the family of Mr. Hatem Othman al-Hajj, a local Palestinian villager, while the family were enjoying a picnic to their own farm. The settlers also smashed the windshield of their parked vehicle before citizens were able to fend off the attack and push the attacking settlers back.

No injuries were reported.

Attacks by Israeli settlers against Palestinians across the occupied West Bank have become a daily occurrence, and are promoted and encouraged by the culture of impunity granted by the occupying authorities.