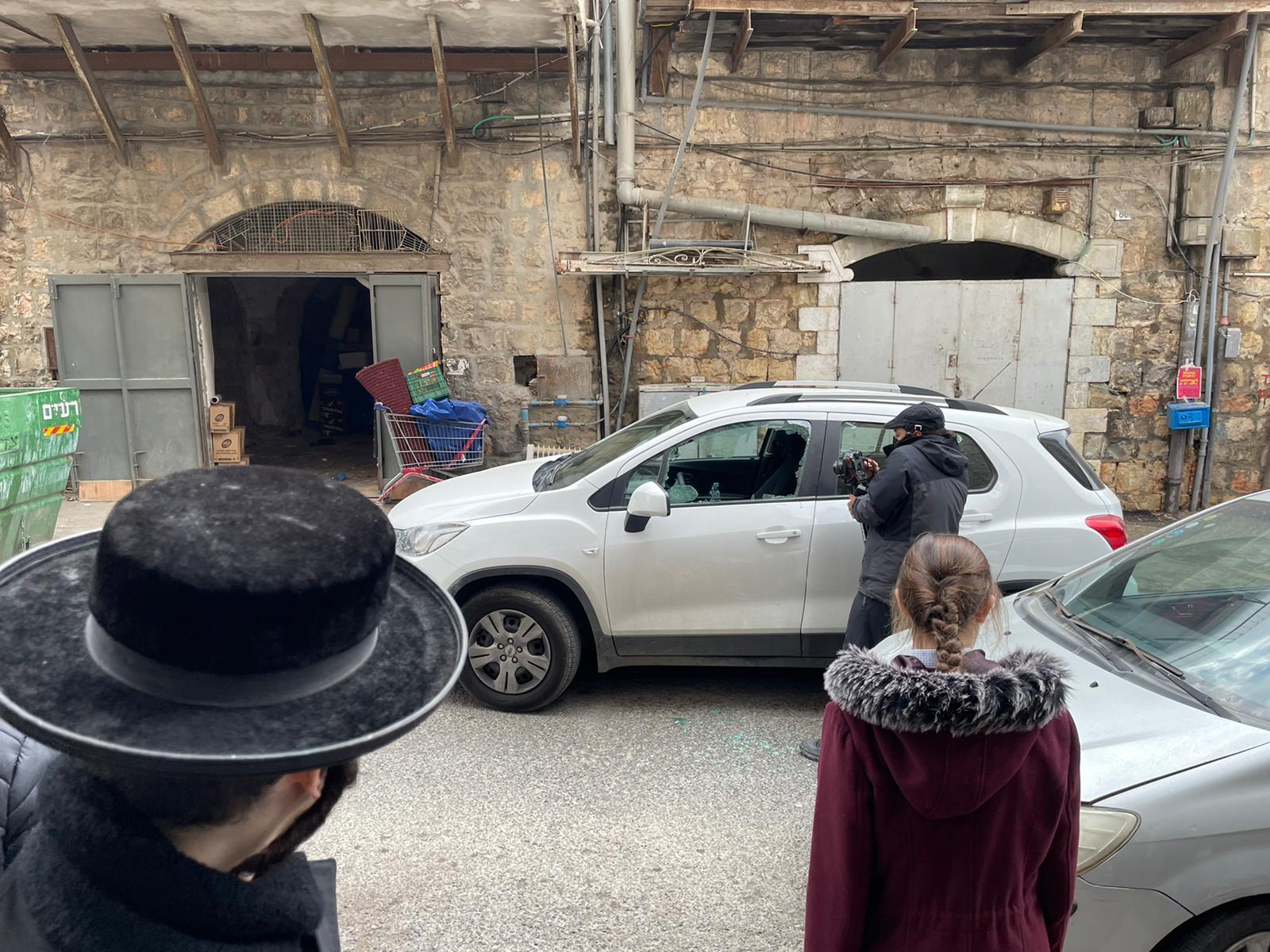 The car of the Palestinian journalists with its windows smashed in an attack in an Israeli ultra-orthodox neighborhood in West Jerusalem.

The mob attacked the two journalists, Mustafa Kharouf and Fayez Abu Rmeileh, who were working on a report in Mea Shearim, an ultraorthodox Jewish neighborhood in West Jerusalem, and smashed the glass of their car.

Last Sunday, settlers in the same neighborhood attacked a Palestinian resident of East Jerusalem when he drove into the neighborhood and attempted to lynch him. The Palestinian, Ibrahim Hamed, was able to escape but not before being hit and injured and his vehicle damaged.