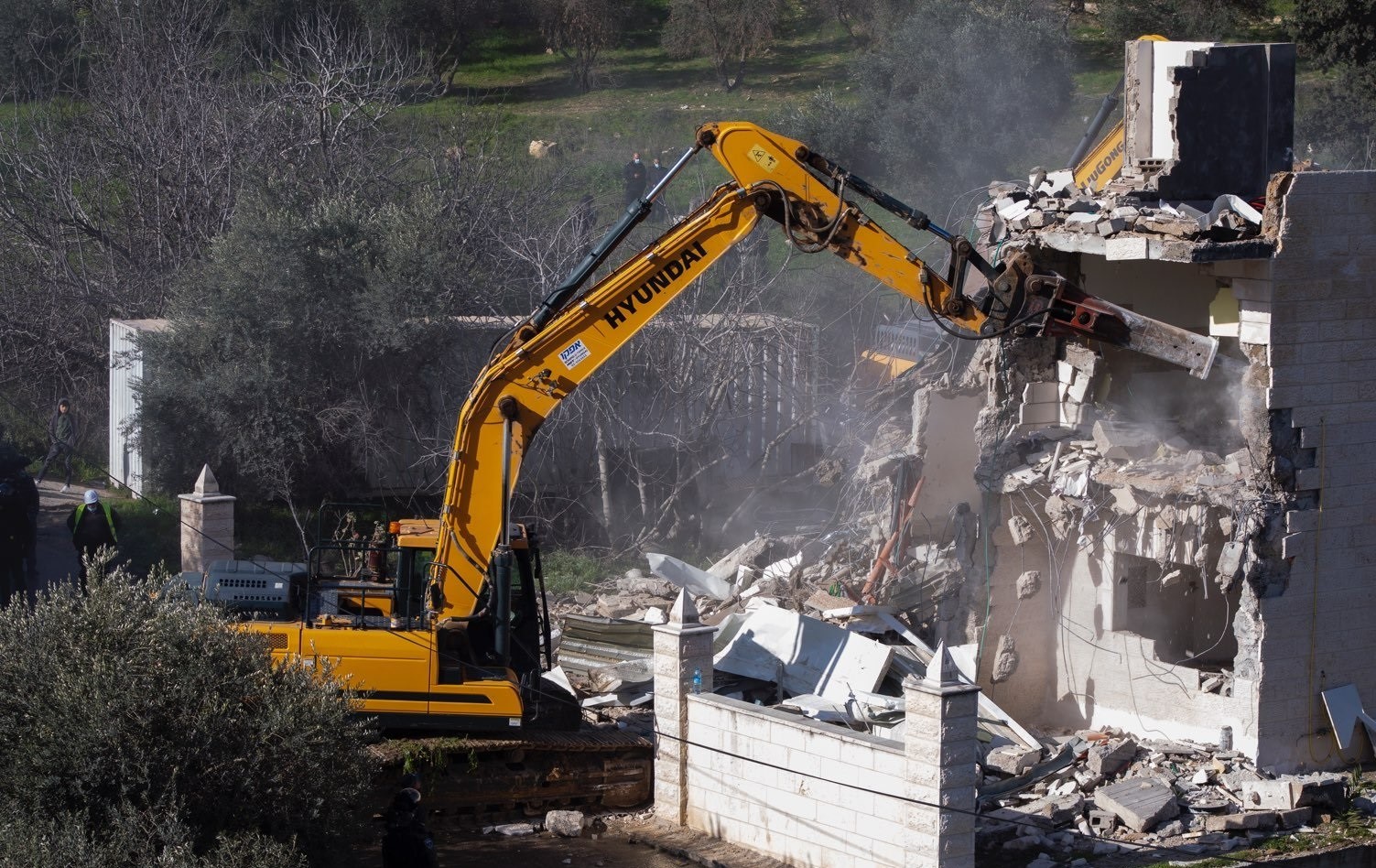 JERUSALEM, Monday, February 22, 2021 (WAFA) – Fadi Ilayyan, whose two-story family building was demolished this morning in Isawiyya neighborhood of occupied East Jerusalem, accused the Israeli authorities of demolishing it for political reasons because he works as a guard at Al-Aqsa Mosque compound in Jerusalem.

Israeli forces today sealed off the area where the two-story, four-apartment building that houses four members of the Ilayyan family, and proceeded to demolish it leaving Fadi, his father and two siblings and their families of 17 persons, including 10 children, homeless.

While Israel claimed the demolition took place for lack of a building permit, Ilayyan said the location of the building was within a zoned area of the neighborhood where construction is allowed.

He said that Israeli police had detained him several times in the past during his work as a guard and banned him from entering Al-Aqsa Mosque compound where he works because he would stand up to attempts by Jewish fanatics to violate the visitation rules for non-Muslims at the holy compound, Islam’s third holiest site.

He said he was threatened several times by the police that they would demolish his house if he keeps working as a guard at the Mosque.

The house was built 10 years ago and during this time the West Jerusalem municipality and its mayor had promised the Ilayyan family members that they would eventually get a permit for the house when its papers are completed.

However, the family was surprised when it was informed yesterday by the Israeli security and not the municipality that its building and homes would be demolished on the next day despite the promise to get a permit, prompting Ilayyan to say the demolition was politically motivated, and not for construction without a permit.