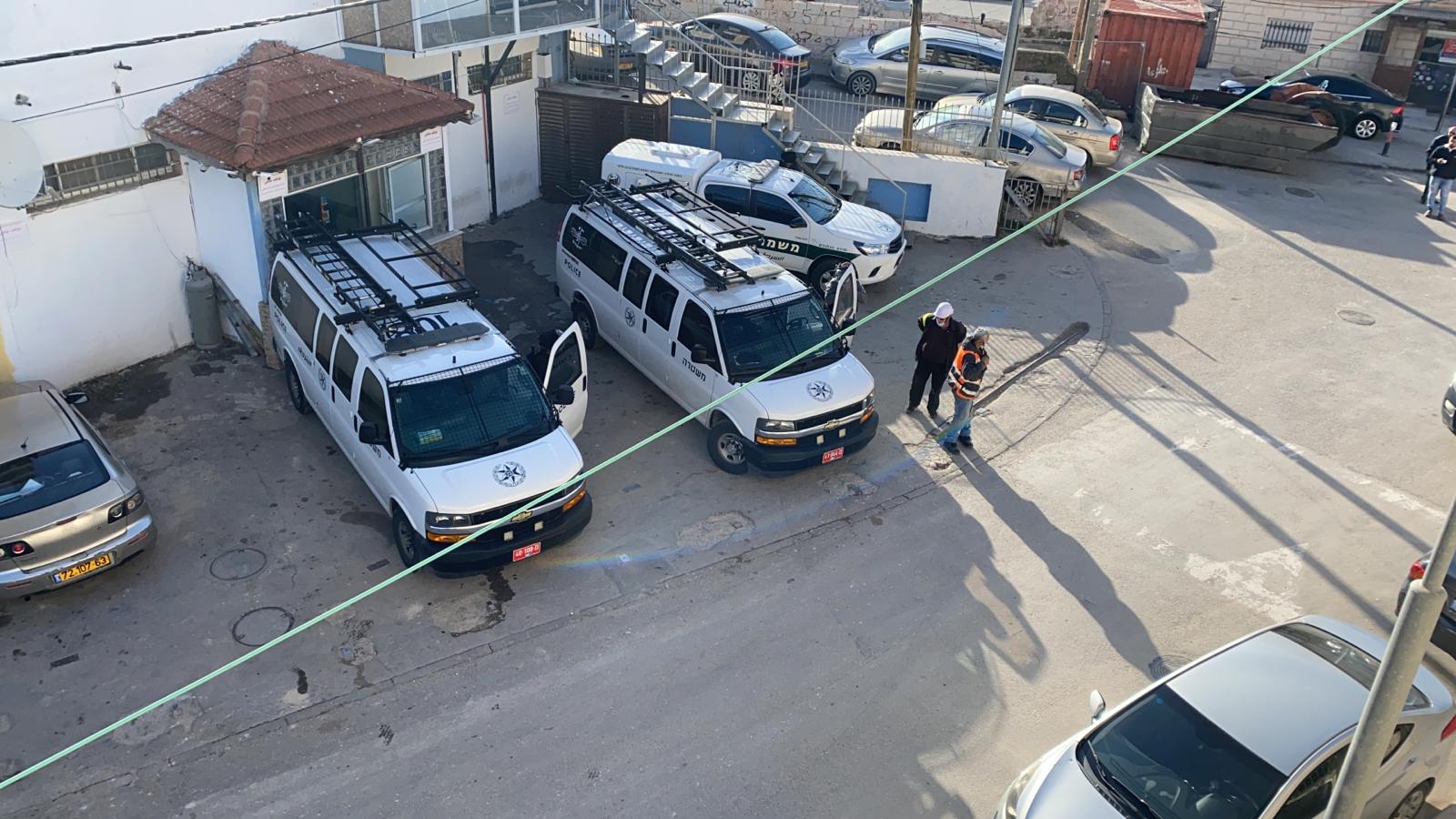 Israeli occupation forces deployed in Isawiyya neighborhood of East Jerusalem to prepare for the demolition of the Ilayyan family homes.

A reinforced Israeli force was deployed in the vicinity of the building, owned by the Ilayyan family, before a bulldozer tore it down, reducing it to rubble, purportedly for being constructed without a license.

Fadi Ilayyan told WAFA that the Israeli municipality of West Jerusalem informed him yesterday that it is going to demolish the four-apartment building constructed 10 years ago and occupied by his family, along with his father and two brothers, Murad and Amjad, displacing 17 members of the Ilayyan family, including 10 children.

He added that the Israeli occupation authorities pressed ahead with the demolition to punish him for his work as a guard at Al-Aqsa Mosque in Jerusalem although the building was located within the master plan of the built-up area of Isawiyya.

On August 8, an Israeli court rejected an appeal to freeze the demolition order against the building, effectively banning the Ilayyan family from completing the procedures to obtain the necessary license.