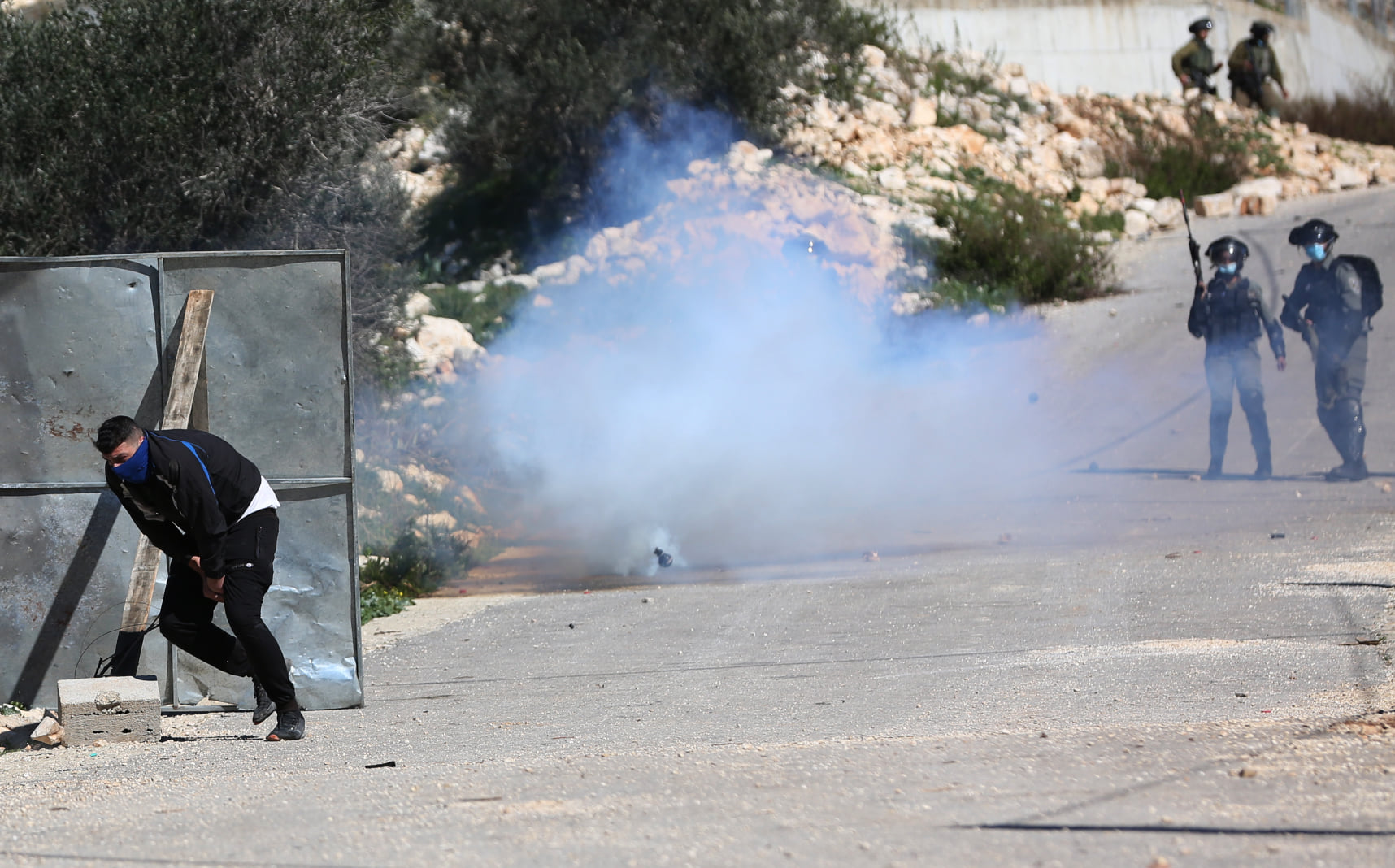 QALQILIA, Friday, February 19, 2021 (WAFA) – At least one Palestinian was injured today as Israeli occupation forces attacked dozens of activists holding a weekly protest against colonial Israeli settlement construction in the village of Kafr Qaddum, near the city of Qalqilia in the occupied West Bank, according to witnesses.

Morad Shtewi, coordinator of the popular resistance in the village, said Israeli soldiers fired rubber-coated rounds, sponge grenades and teargas at the protesters, injuring one of them with a sponge grenade and causing many cases of suffocation from gas inhalation.

Shtewi said two of the wounded were moved to a nearby hospital for medical treatment after being injured in the head and back respectively.

The injured were treated at the scene by local medics.

For years, the village of Kafr Qaddum has been at the heart of a national campaign protesting against the Israeli colonial settlement activities in the occupied West Bank. Almost every day, clashes erupt between Palestinian protesters and Israeli occupation forces in the village.