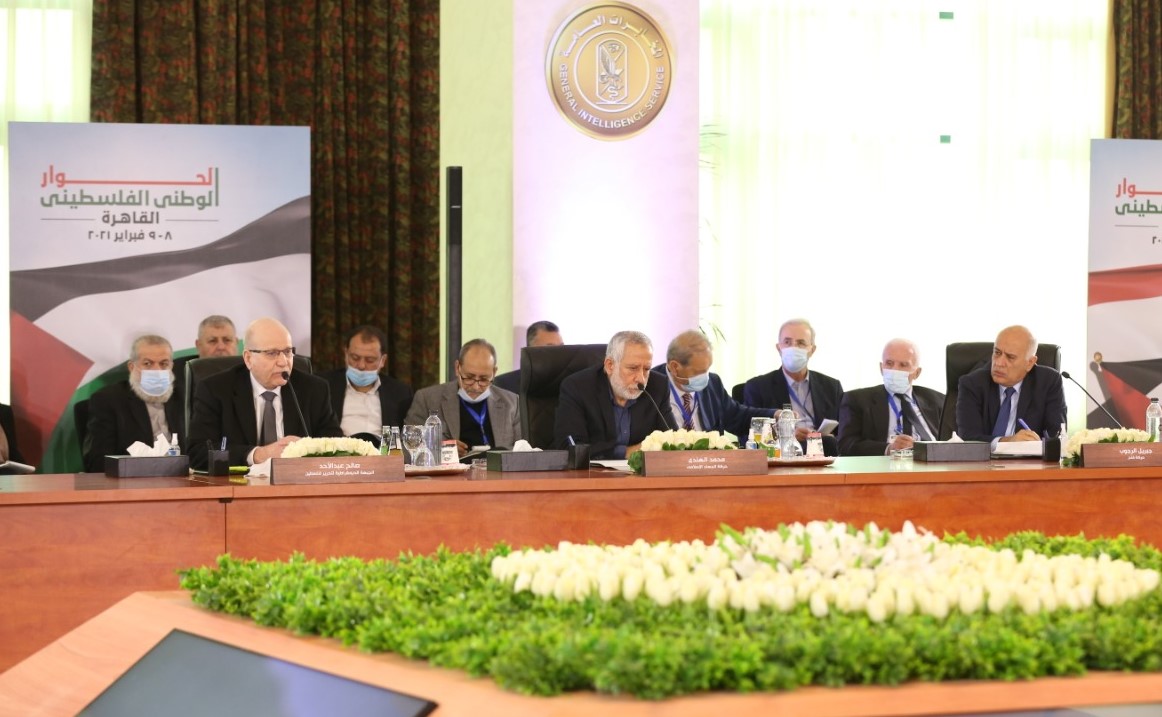 CAIRO, Tuesday, February 09, 2021 (WAFA) – The Palestinian political factions concluded tonight a two-day meeting held in Cairo during which they agreed to hold the legislative and presidential elections as scheduled and decreed by President Mahmoud Abbas in mid-January.

The factions said in their final statement issued at the conclusion of their meeting that they will "abide by the timetable set by the decree on legislative and presidential elections, with emphasis holding them in Jerusalem, the West Bank and the Gaza Strip without exception, and pledging to respect and accept their results."

They also agreed that "the Electoral Cases Court will be formed by consensus and will include judges from Jerusalem, the West Bank and the Gaza Strip. This court is responsible for monitoring all matters relating to the electoral process, its results, and the issues arising from it. The Palestinian President will issue a presidential decree to form it and specify its functions based on this consensus and in accordance with the law."

The uniformed Palestinian police, and no one else, in the West Bank and Gaza Strip will secure the polling stations, and their presence will be in accordance with the law, said the statement.

The factions also agreed to allow freedom of expression and the immediate release of all detainees held on the basis of their factions or for reasons of freedom of opinion, guaranteeing the right of political and national work for all Palestinian factions in the West Bank and Gaza Strip, stopping prosecuting people for their political affiliation or opinion, "in order to provide an appropriate environment for free and fair elections." They called on President Abbas to issue a binding decree on this and form a national monitoring committee to follow up on implementation.

They also called for ending all political and social issues that resulted from the division and a committee will be formed for this purpose in agreement between them. The committee will present its report to President Abbas, who will pass it on to the new government that will be formed after the legislative elections for implementation.

The legislative elections have been set for May 22 and the presidential elections for July 31, to be followed on August 31 with elections for the Palestinian National Council, the parliament in exile.