Palestinian prisoner with COVID-19 is in a critical condition, says NGO 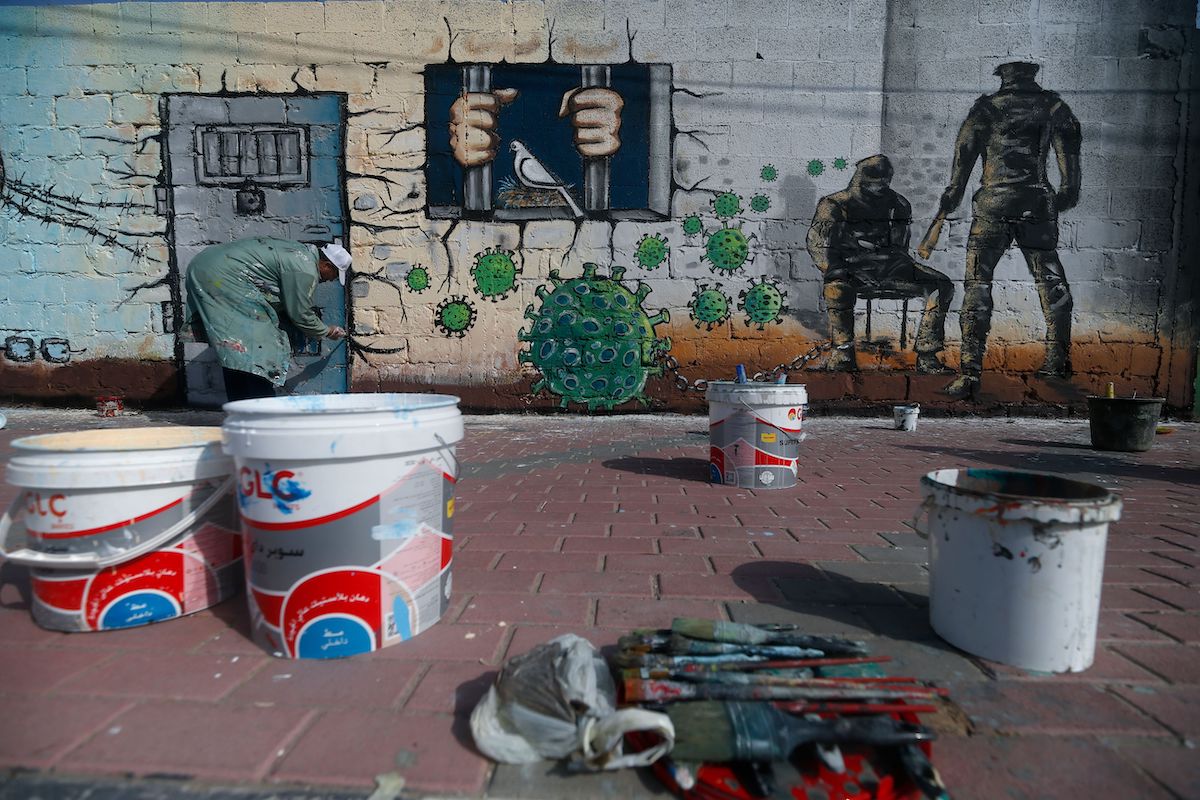 RAMALLAH, Friday, January 29, 2021 (WAFA) – Khaled Ghithan, 59, a Palestinian political prisoner in Israeli detention who was recently diagnosed with COVID-19, is said to be in a critical health condition due to coronavirus complications accompanied by inhumane imprisonment conditions, today said the Palestinian Prisoner's Society (PPS).

PPS said Ghithan, who is incarcerated in the desert prison of Rimon, was hospitalized for only a few hours at Soroka Medical Center in Beersheba a couple of days ago, but was sent back to prison despite suffering a low level of blood oxygen.

Ghithan, together with other prisoners in Rimon who have tested positive for coronavirus, still show moderate to critical symptoms, and are in a real need for hospitalization due to the lack of the necessary healthcare requirements in the prison, added PPS.

The society accused the Israeli Prison Service of "monopolizing" the narrative of the coronavirus outbreak in the Israeli prisons and detention facilities, and that Israeli occupation authorities have been using the coronavirus file as a tool of repression.

It held the Israeli government fully responsible for the life of Ghithan and the lives of the other infected Palestinian prisoners at this critical time of the pandemic.

At the same time, PPS called on the International Committee of the Red Cross (ICRC) to play an active role in following up the cases of the infected prisoners and allow them to contact their families.

Ghithan, a father of six, was first detained by Israeli occupation forces in 1996, and was released as part of a prisoner swap deal in 2011. He was re-arrested by the occupation authorities in 2014, and was sentenced to a life in jail for his activism in the resistance of the Israeli occupation.

At least 335 Palestinian political prisoners have tested positive for coronavirus since the outbreak of the pandemic in the prisons in April 2020.

Palestinian officials and international organizations have repeatedly called on the Israeli occupation authorities to release the sick and elderly prisoners who are facing greater health risks due to the coronavirus outbreak.