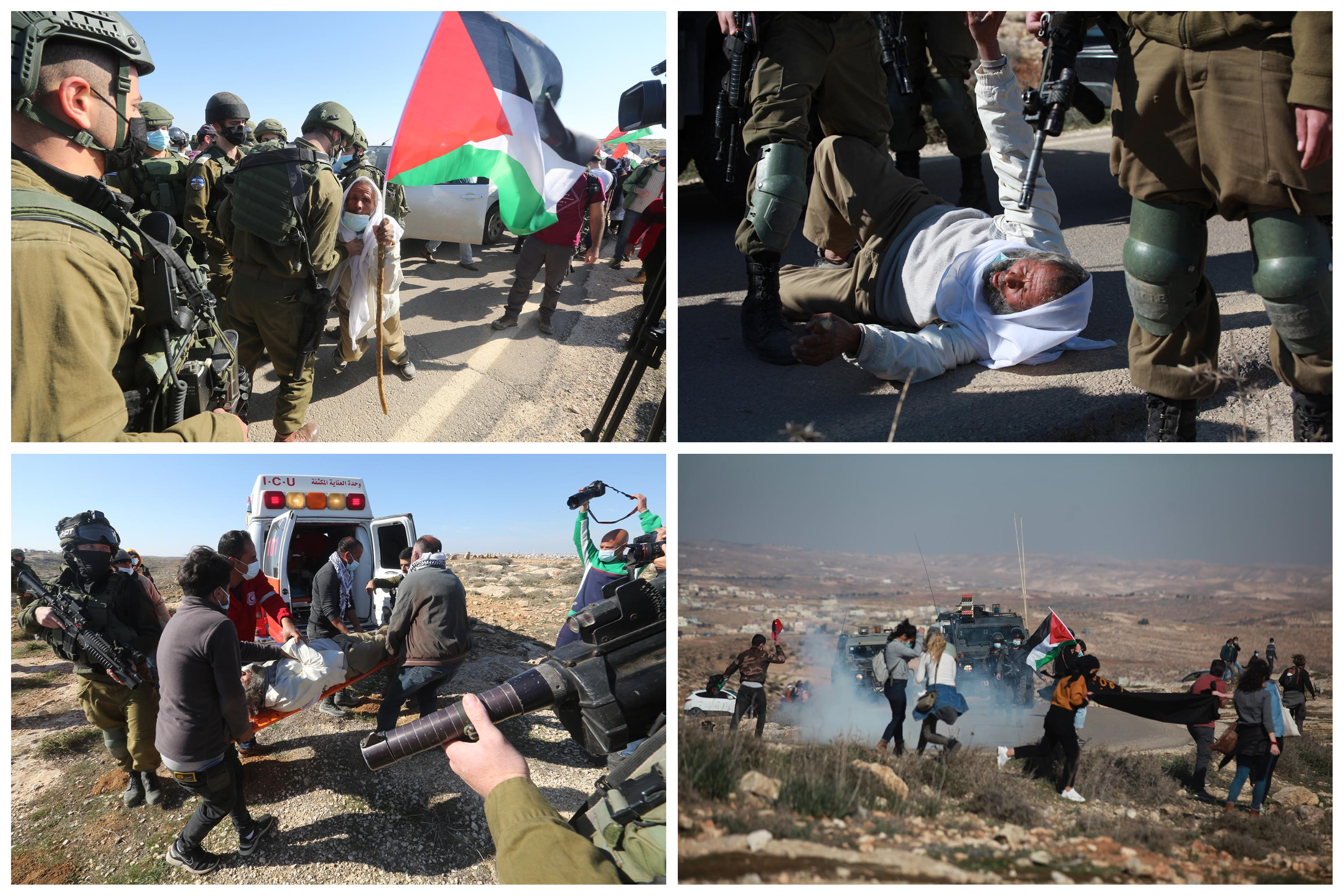 RAMALLAH, Friday, January 08, 2021 (WAFA) – An elderly and a paramedic were injured today when Israeli occupation forces assaulted hundreds of protesters taking part in nonviolent popular resistance events in the area of Masafer Yatta, south of Hebron, and in the village of Kafr Qaddum, near Qalqilia, according to witnesses.

An elderly was injured after being run over by Israeli soldiers, while other protesters suffocated from gas inhalation. The elderly, Haj Suleiman Hathalin, was moved to a nearby hospital for medical treatment.

Foad Omour, a local anti-settlements activist, told WAFA that the Israeli occupation authorities have doubled their attacks on Palestinian civilians in the area and their property in an effort to push them out of the area in favor of the Israeli colonial settlement project.

Meanwhile, Israeli soldiers attacked the weekly protest against Israeli settlements in the village of Kafr Qaddum, near Qalqilia, injuring two Palestinians, including a paramedic. The two were treated at the scene.