As part of its collective punishment policy, Israel destroys agricultural land in a Ramallah-area village 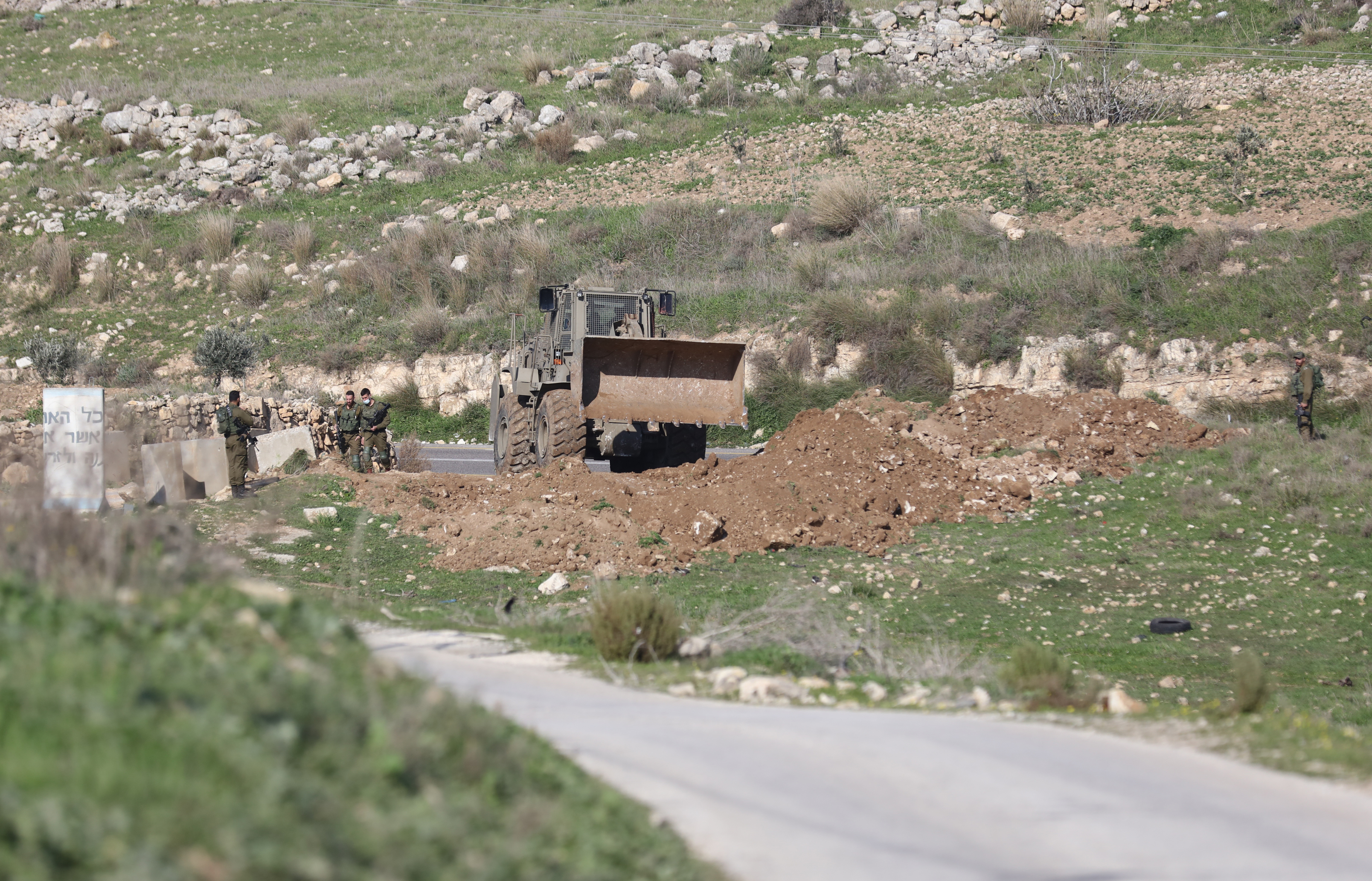 RAMALLAH, Monday, January 04, 2021 (WAFA) – As part of its collective punishment policy, Israel today destroyed a large area of agricultural land in the village of Deir Nitham, northwest of Ramallah, as the army continued to impose a tight blockade on the village, according to a local activist.

The Israeli measures against the entire village came to punish its residents after an Israeli settler was injured three days ago by a stone thrown at her car while driving by the village on her way to her illegal settlement.

Local activist Mujahed Tamimi told WAFA that army bulldozers razed and destroyed a large area of land at the entrance to the village apparently to build a permanent army watchtower.

For the last two days, the Israeli army has terrorized the entire village residents with raids of their homes in the middle of the night, detaining people at random, and assaulting some. Three village youngsters, all age 19, were detained and taken to an unknown location.

The army has also imposed a tight blockade on the village and prevented its people from entering or leaving it, including students and teachers heading to their schools.