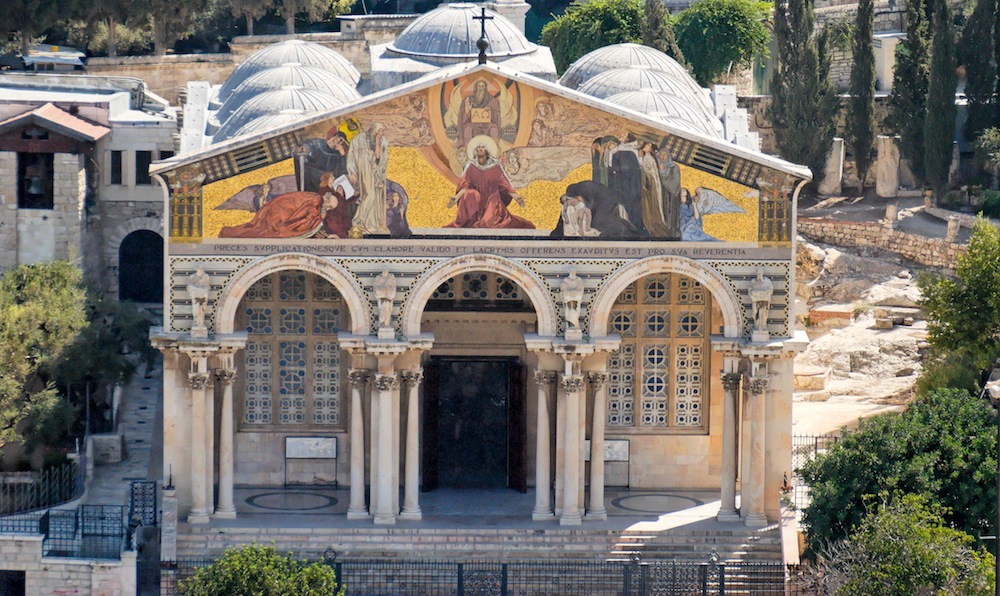 The Gethsemane Church in occupied Jerusalem

JERUSALEM, Friday, December 4, 2020 (WAFA) – An Israeli settler attempted today on burning down the Gethsemane Church in the Mount of Olives area in occupied East Jerusalem, according to local sources.

Witnesses reported that the settler, pretending to be a visitor, sneaked into the premises of the church before he was seen pouring some flammable liquid there. The settler then tried to set some of the wooden pews on fire, but was thwarted by local Palestinian citizens who handed him over to a police force which had just arrived at the scene.

The Israeli occupation police provided no details about the attack, but past attacks on churches across historical Palestine have been blamed on hardcore Jewish extremists.

In 2015, Jewish extremists were blamed for an arson attack that caused extensive damage to the Church of the Multiplication of the Loaves and Fish, a popular pilgrimage site on the Sea of Galilee in the north of Israeli-occupied historical Palestine.

The Gethsemane Church, sometimes referred to as the Church of All Nations, is a Catholic church built on the traditional site of the Garden of Gethsemane, where Christians believe Jesus was betrayed by Judas, one of his followers, and arrested by the Romans before being crucified.