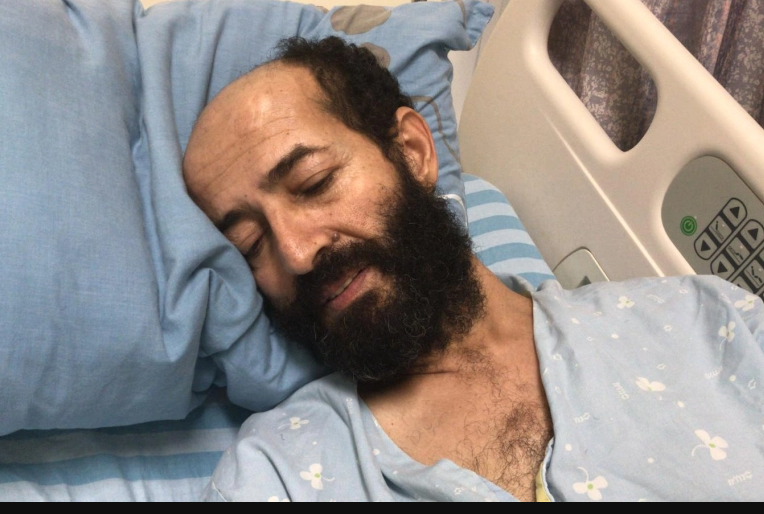 RAMALLAH, Friday, November 6, 2020 (WAFA) – Palestinian administrative detainee in Israeli jails Maher Al-Akhras, 49, remains on hunger strike for the 103rd day in a row in protest of his illegal detention without charge or trial by the Israeli occupation authorities.

Hassan Abed Rabbo, a spokesman of the Palestinian Authority’s Detainees and Ex-Detainees Affairs Commission, told WAFA yesterday that the health condition of prisoner Al-Akhras was further deteriorating, and that he was facing a danger of a relapse in the heart, kidneys or lungs at any time, which puts his life at stake.

Abed Rabbo had earlier said there was a real concern that this will affect the vital functions of his body organs, such as kidneys, liver and heart, and therefore his life is at risk at any moment.

Attempts by his attorneys to have him spend the rest of his detention period at a Palestinian hospital have so far failed to yield results with the Israeli High Court insisting to keep him at an Israel hospital while refusing to end his illegal detention.