Marking the 103rd anniversary of the Balfour Declaration: the colonialist attitude lives on 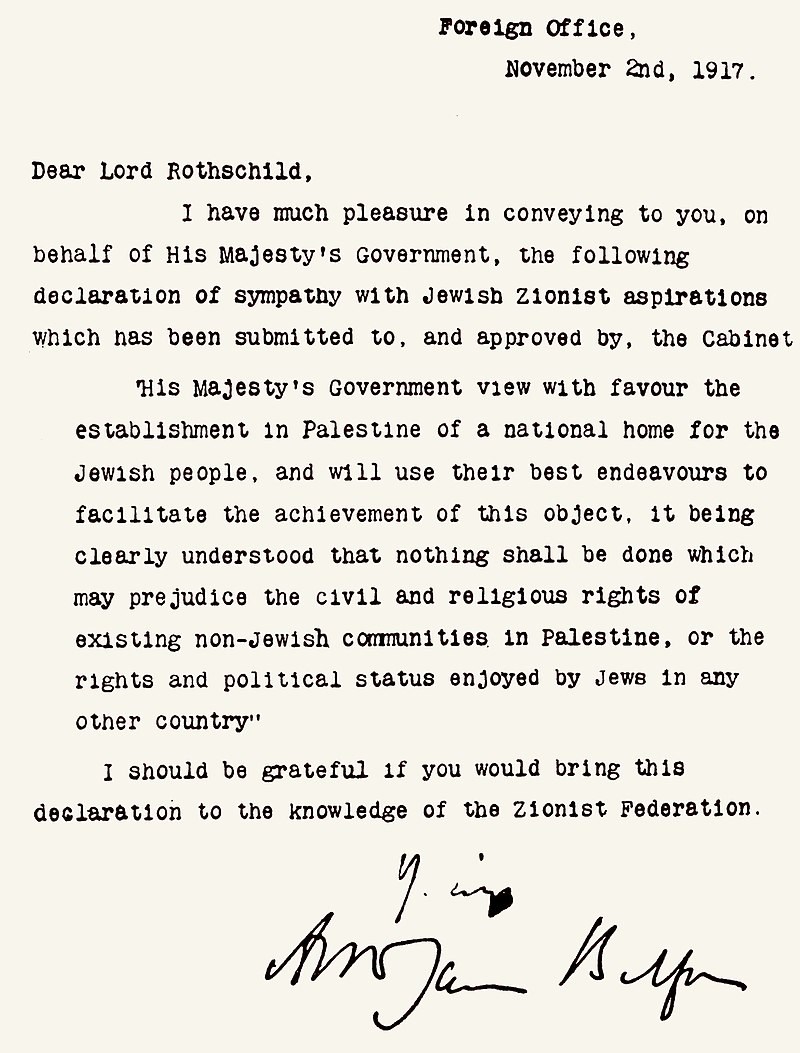 Text of the infamous Balfour Declaration.

RAMALLAH, Monday, November 02, 2020 (WAFA) – “It has been 103 years since the British government adopted a supremely arrogant, racist and colonialist promise to give away Palestine and willfully discard the inalienable rights of the Palestinian people,” today said Hanan Ashrawi, member of the Executive Committee of the Palestine Liberation Organization (PLO), marking the 103rd anniversary of the infamous Balfour Declaration. “The catastrophic consequences of the Balfour Declaration have been our living reality since then.”

The PLO official accused the administration of US President Donald Trump of reviving the declaration with its policies toward Palestine.

“Adding insult to injury, the Trump administration revived the objectionable mindset of the Balfour Declaration by upending US policy and international law in relation to Palestine. The so-called Trump plan borrowed this worldview and attempted to impose it on the Palestinian people,” she said in a statement.

“Then and now, all such exclusionary policies aiming to deprive the Palestinian people of their fundamental right to have agency over their lives and destiny are egregious and entirely unacceptable. Just like the illegitimate Balfour declaration, the Trump ‘plan’ is informed by an absolutist and literalist ideology that excuses the inexcusable, allowing for Israeli exceptionalism to perpetuate at the expense of Palestinian lives and rights.”

Ashrawi called on Britain to correct the wrongs of the Balfour Declaration by recognizing Palestine.

“Regrettably, successive British governments have failed to take responsibility for this illegitimate and unprecedented act of wholesome injustice. It can still begin correcting this historic wrong by recognizing Palestine,” she said.

“In this land, absolutist ideologies, including those backed by political and military aggression, have always failed. They will fail again in normalizing Israel’s inorganic and imposed occupation and institutional racism. Only a transparent and accountable political process that heals and rights these wrongs can undo the Balfour and Trump legacies.

“Freedom and self-determination are absolute rights that are non-negotiable. We will not accept to be the exception to this universal fact. The Palestinian people will not surrender to a racist ideology that attempts to eradicate our history, culture, and narrative. Palestine lives and it will be vindicated with the dedicated pursuit of justice by our people and justice advocates worldwide,” the PLO official concluded her statement.