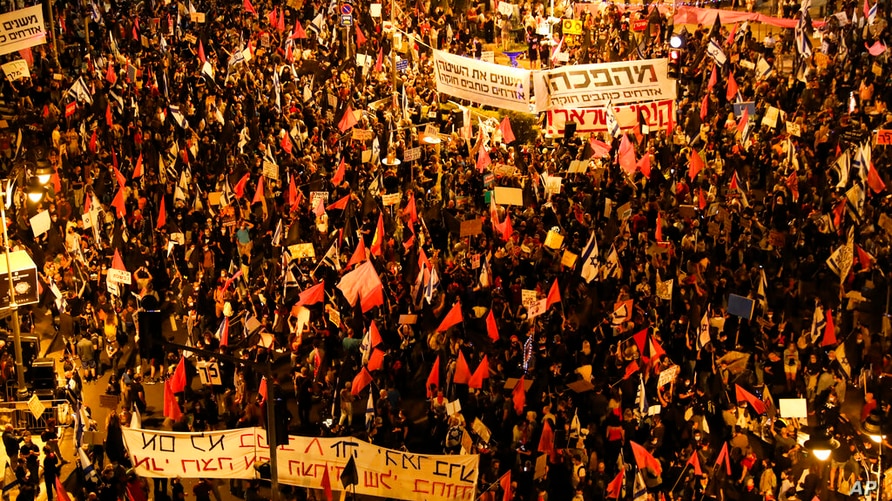 Protesters chant slogans and hold signs during a protest against Israel's Prime Minister Benjamin Netanyahu outside his residence in Jerusalem, Saturday, Oct. 17, 2020.

The protesters gathered in central occupied Jerusalem and marched to Netanyahu's official residence, holding banners calling on the embattled premier to "go" and shouting "revolution".

Two rallies were also organized in Tel Aviv and Holon, while scores of smaller demonstrations were also held across Israel demanding the embattled premier to step down.

Israeli media quoted many protesters as saying that they were assaulted by pro-Netanyahu protesters, with injuries reported in a number of areas.

Protesters had previously been prevented from traveling farther than 1,000 meters from their homes in order to protest, and had been allowed to protest in groups of no more than 20.

The protesters say Netanyahu must resign, saying he is unfit to lead Israel while he is on trial for corruption charges.

They also say he has mishandled the coronavirus crisis, which has sent unemployment soaring.

Netanyahu has been charged with fraud, breach of trust and accepting bribes for his role in a series of scandals. He has denied the charges and has said he is the victim of a conspiracy by overzealous police and prosecutors and liberal media.