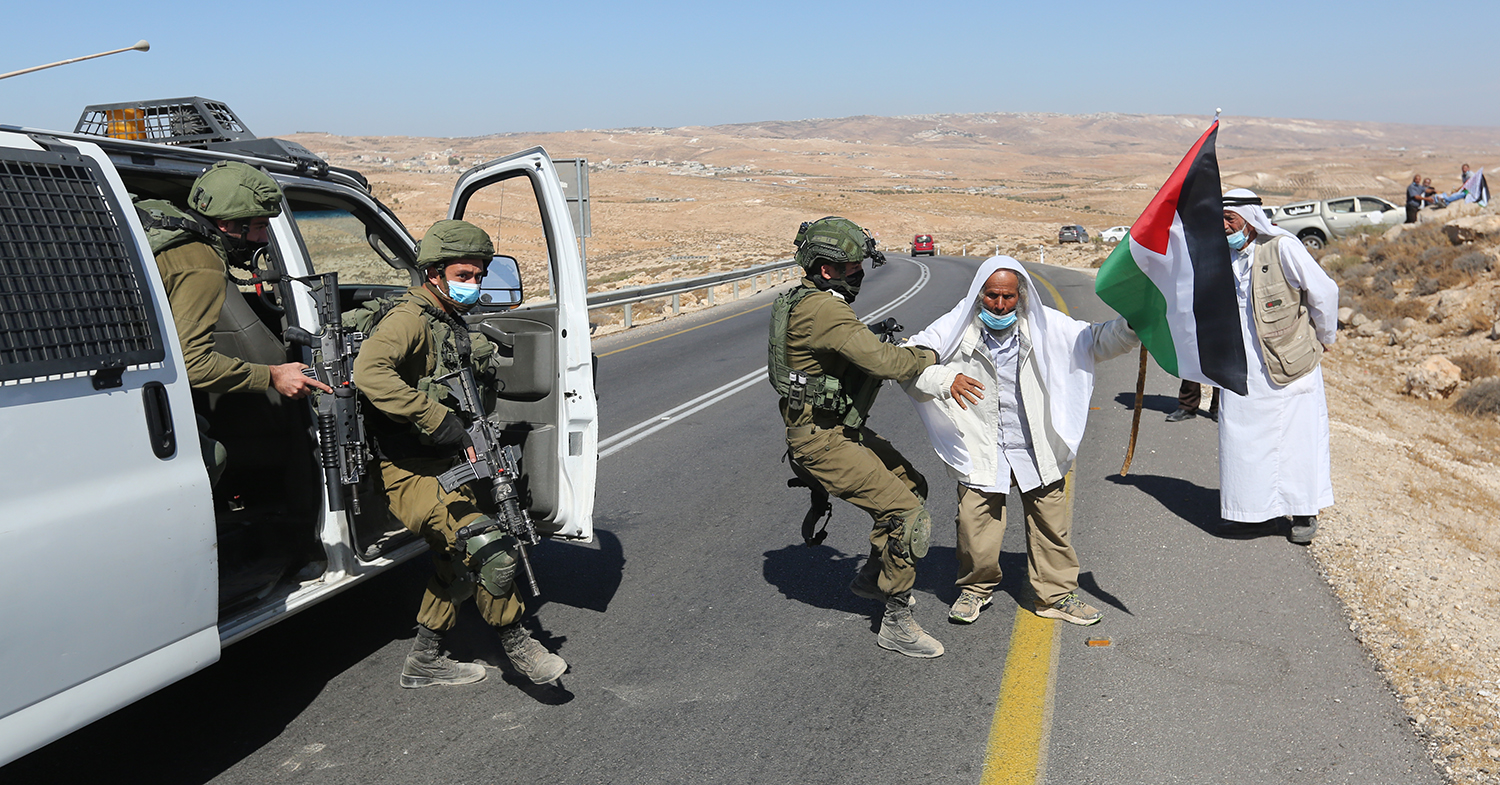 Israeli soldiers assault an elderly who was taking part in the protest in Masafer Yatta, October 17, 2020. Photos by: Mash'hour Wihwah / WAFA

WAFA correspondent said soldiers verbally assaulted and beat up participants demonstrating at Route 60, which passes near the locality, and briefly detained one of them, said to be a 75-year-old man, in order to disperse their nonviolent protest.

Rateb Jabour, a local anti-settlements activist, told WAFA that the protest was organized in response to the growing Israeli colonial settlement activities in the area and against Israel’s decision to confiscate 360 hectares of Palestinian-owned land in the locality for the benefit of the illegal Israeli settlements.

He said the land confiscation order aims at expanding the built-up area of the nearby illegal Israeli settlements of Maon, Carmel and Havat Maon. The land to be confiscated belongs to about 10 local Palestinian families, Jabour added.