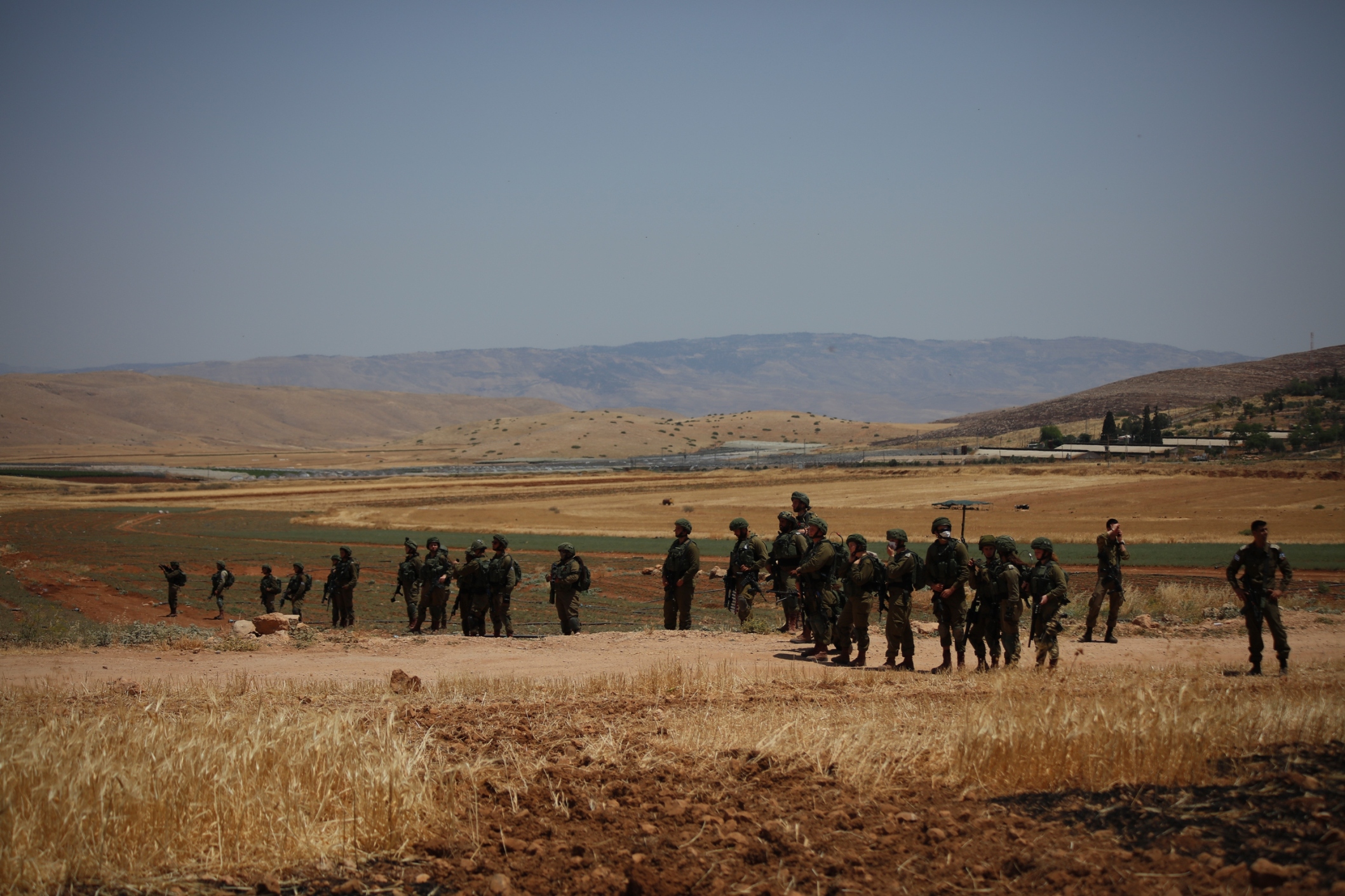 TUBAS, Friday, October 16, 2020 (WAFA) – Israeli occupation authorities announced yesterday their takeover of about 11,000 dunums of (1,000 hectares) of Palestinian land in the northern Jordan Valley region in the occupied West Bank, according to a Palestinian official.

Qasem Awwad, a spokesman of the Palestinian Authority's Apartheid Wall and Settlement Resistance Commission, said the Israeli confiscation order comes under the pretext of transferring the property of the said land to three natural reservoirs in the area, a pretext that Israel has used sometimes to serve the illegal settlement construction and expansion project.

Awwad said most of the land confiscated is located in areas adjacent to the illegal settlements of Rotem, Maskiyot, and Mesovah, which proves that the reason for confiscation is expanding the built-up areas of the Israeli settlements rather than allocating more land for the natural reservoirs.

The official added that since the announcement of the US-sponsored Deal of the Century plan in January, Israeli occupation authorities approved the construction of over 12,000 housing units in the West Bank settlements.

Earlier this year, Israeli Prime Minister Benjamin Netanyahu vowed to annex the entire Jordan Valley region to Israel's sovereignty if he was re-elected as prime minister.