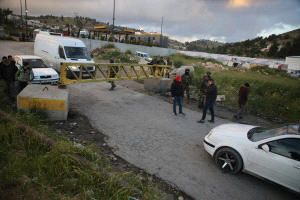 Nidal al-Ahmad, head of the Rummana village council, told WAFA that the Israeli army started this morning blocking roads with dirt and cement blocks in order to prevent the farmers from accessing their lands as they began the olive harvest.

Palestinians heavily depend on the olive harvest season for their economic livelihood.