Occupation authorities to demolish a house near Bethlehem 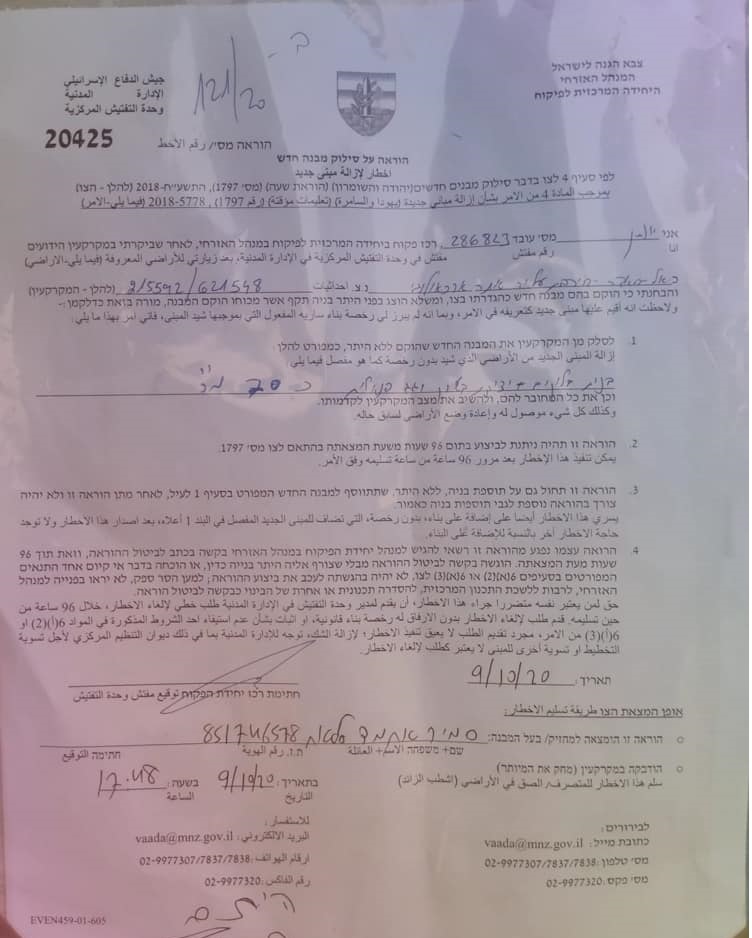 Written notification handed over by the Israeli occupying army to Mr. Samih Ahmad Salah on October 09, 2020

BETHLEHEM, Friday, October 09, 2020 (WAFA) – Israeli occupation forces ordered today the demolition of an inhabited Palestinian-owned house in the village of al-Khader, to the south of Bethlehem City in the occupied West Bank, according to a local activist.

Hasan Burajiya, director of the Wall and Colonization Resistance Commission's office in the district, told WAFA that Samih Ahmad Salah, a local Palestinian villager, was informed by the Israeli occupation army that his home will be demolished within the upcoming 96 hours, under the pretext  that the home was built without an Israeli permit.

Salah said he had his house demolished by the Israeli occupation authorities three times in the past, and every time the house was demolished he would resume construction again in order to shelter his family.

The area where the home is slated for demolition is classified as Area C, the more than 60 percent of the occupied West Bank where Israel retains military and civilian control.

Palestinians living in this area are frequently exposed to the danger of home demolitions by the occupation authorities under the pretext of lacking an Israeli permit.