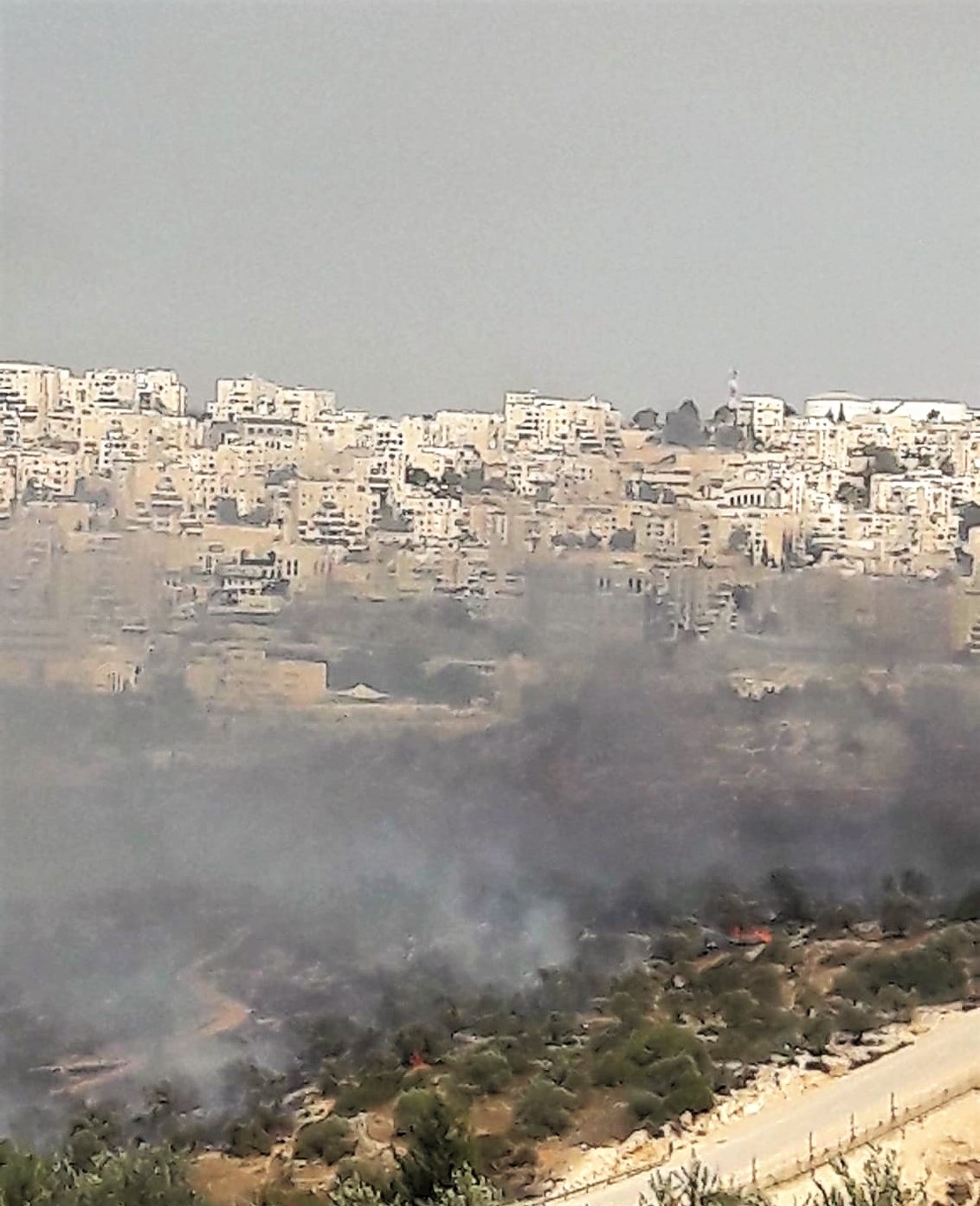 Fire was set to and destroyed hundreds of olive trees in the Palestinian West Bank village of Safa after a Jewish settler threw a Molotov cocktail at the field.

RAMALLAH, Friday, October 09, 2020 (WAFA) – A Jewish settler set fire to hundreds of olive trees in the Palestinian village of Safa, west of Ramallah, after throwing a Molotov cocktail on a hot and dry summer-like day at a field filled with olive trees, reported WAFA correspondent.

He said when residents rushed to their land to put off the fire, which lasted for three hours, Israeli soldiers stationed in the area prevented them from crossing the apartheid barrier that separates Palestinian villagers from their farms to reach their lands and save the trees.

Israel intervened to put off the fire and used a helicopter to do that only after it threatened the nearby illegal Jewish settlement of Orlinim, built on land seized from Safa village.

Palestinians have just started the olive harvest season in the West Bank, a main source of income for thousands of Palestinian families. However, Israeli settlers regularly attack Palestinian harvesters and burn down of cut olive trees in hate crimes committed against the civilian Palestinian population under Israeli occupation.