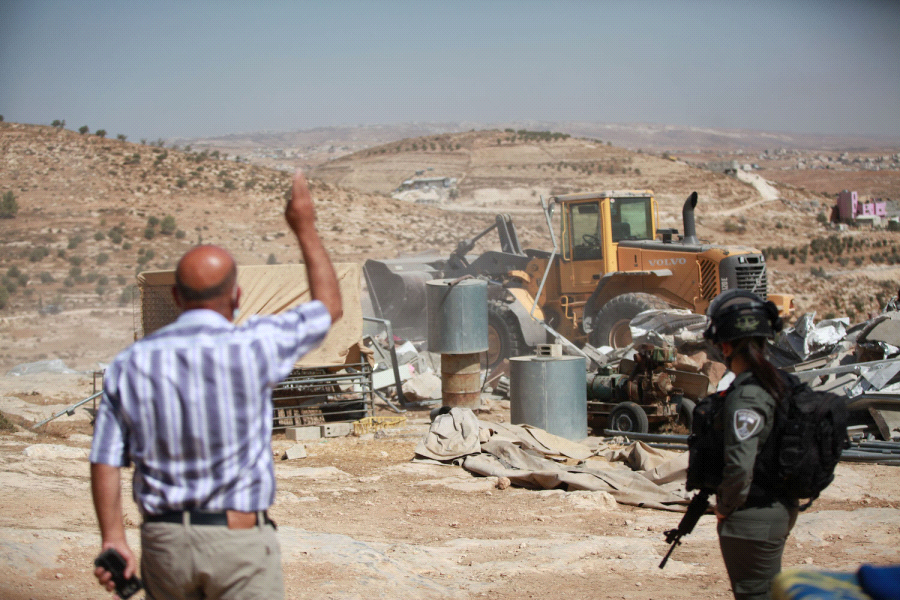 Coordinator of the Popular Committees in Southern Hebron, Rateb al-Jabour, told WAFA that Israeli forces escorted bulldozers into the community, where the heavy machinery tore down a room, a residential tent and a shack belonging to Musa al-Jabareen.

The bulldozers also demolished two other rooms, made of brick and tin sheets, a fodder shack and a traditional oven, known in Arabic as Tabun, belonging to Mohammad al-Jabareen.

He noted that the structures were demolished purportedly for their proximity to the nearby Israeli colonial settlement of Avigail.

Khirbet Shaab al-Butum is among dozens of small communities located in the Masafer Yatta area, which rely heavily on animal husbandry as the main source of livelihood, and has a population of 300.

Masafer Yatta is classified as Area C, which is under full Israeli military control. Area C makes up around 60 percent of the area of the occupied West Bank, which Israel plans to annex after expelling its Palestinian population.