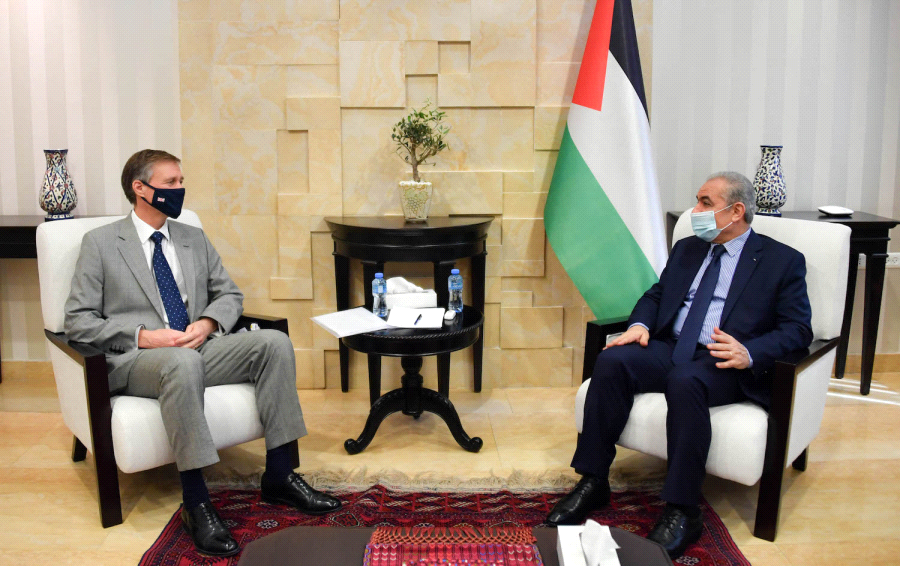 Shtayyeh made this point during a meeting at his Ramallah office with British Consul General in Jerusalem Philip Hall.

The Prime Minister briefed Hall on the latest political developments and discussed with him the Palestinian leadership's efforts to hold general elections.

“The government is ready to provide all necessary means to make the elections a success in light of the positive dialogue between Fatah and Hamas in order to restore the democratic glow to Palestine, end the division, and restore national unity,” he said.

Shtayyeh also stressed the importance of European and British aid provided to Palestine and to the United Nations Relief and Works Agency for Palestine refugees (UNRWA) in light of the decline in American and Arab financial support.