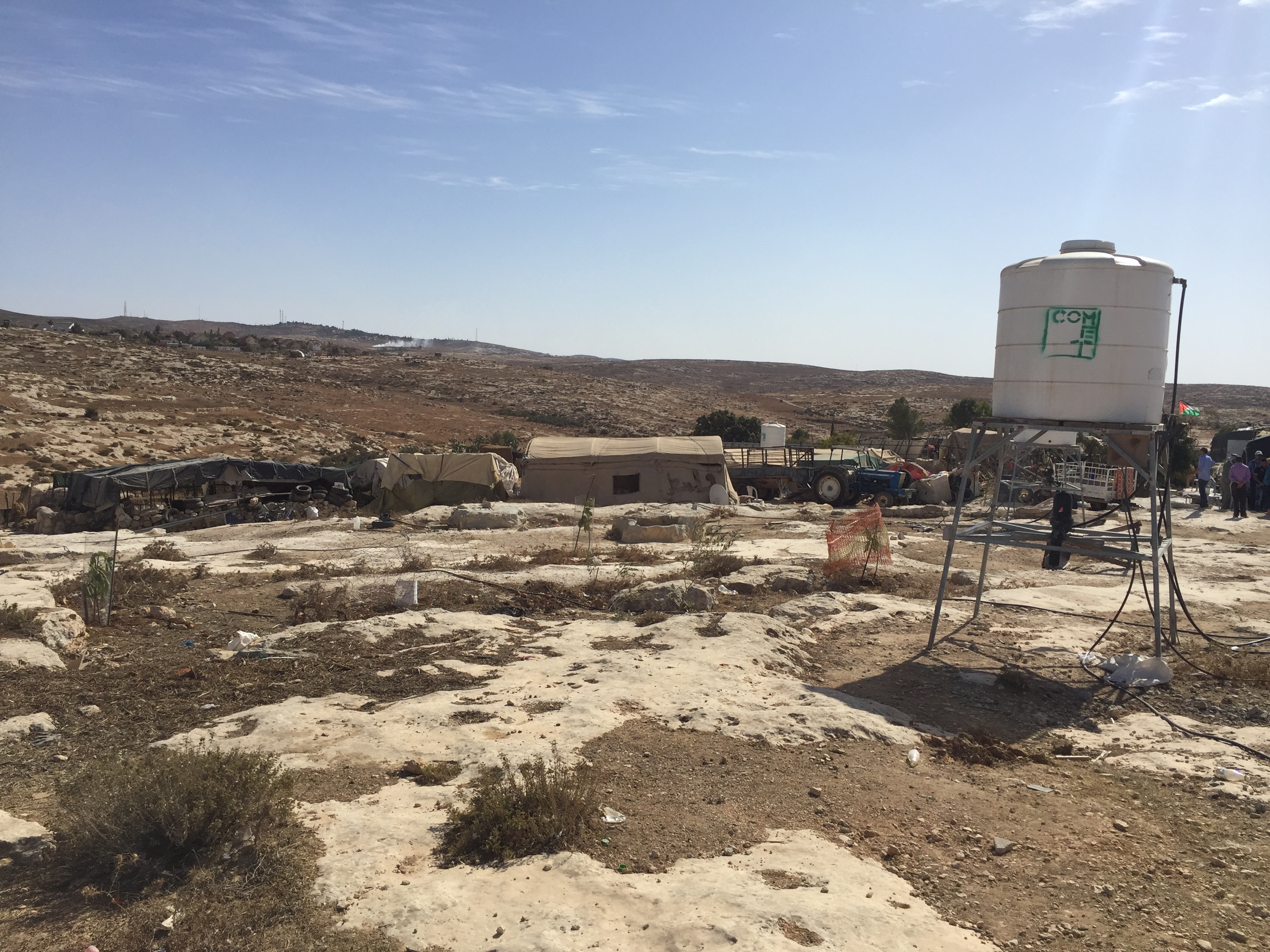 A village in Masafer Yatta under threat of takeover by the Israeli occupation authorities. (File photo)

They said Israeli occupation forces raided an area known as Khirbet Zanouta, near the illegal Israeli settlement of Shimaa, as army bulldozers proceeded to raze lands owned by local families.

It is believed Israel destroys the land to prevent its owners from reclaiming it and therefore take it over and join it to nearby settlements.