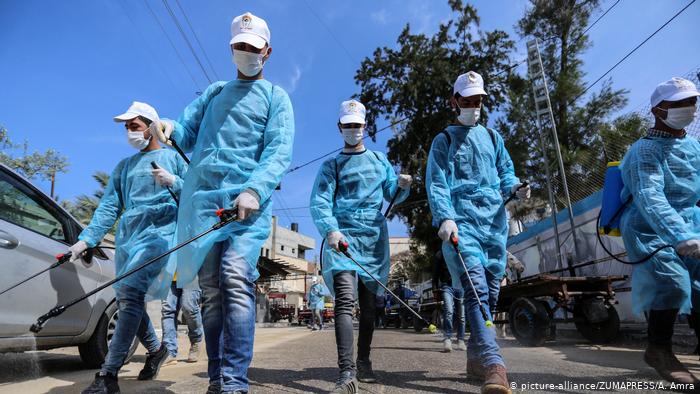 RAMALLAH, Friday, August 28, 2020 (WAFA) – Minister of Health Mai al-Kaileh confirmed today two deaths from novel coronavirus (COVID-19), 724 new infections and 164 recoveries during the past 24 hours across the State of Palestine.

Al-Kaileh said in a statement that the latest figures were the result of a total of 4115 coronavirus tests carried out in the West Bank and the Gaza Strip.

She added that two people aged 29 and 71 years old died of the novel virus in Qalandia refugee camp, north of Jerusalem, and Balata refugee camp in the West Bank.

Regarding the geographic distribution of the new infections, the Health Minister pointed out that 286 cases were reported in Hebron, 19 in Nablus, 49 in Bethlehem, 34 in Qalqilia, 46 in Ramallah, four in Jenin, 10 in Jericho, two in Salfit, 16 in Tulkarm, two in Tubas, and 199 in Jerusalem, including 57 in the West Bank side of the city. In addition, 48 cases were reported in the Gaza Strip during the past 48 hours.

On recoveries, 67 cases were reported in Jerusalem, 75 in Nablus, 17 in Qalqilia, and five in Jenin.

Al-Kaileh noted that 40 coronavirus patients are currently under intensified care, of whom six are on respirators.