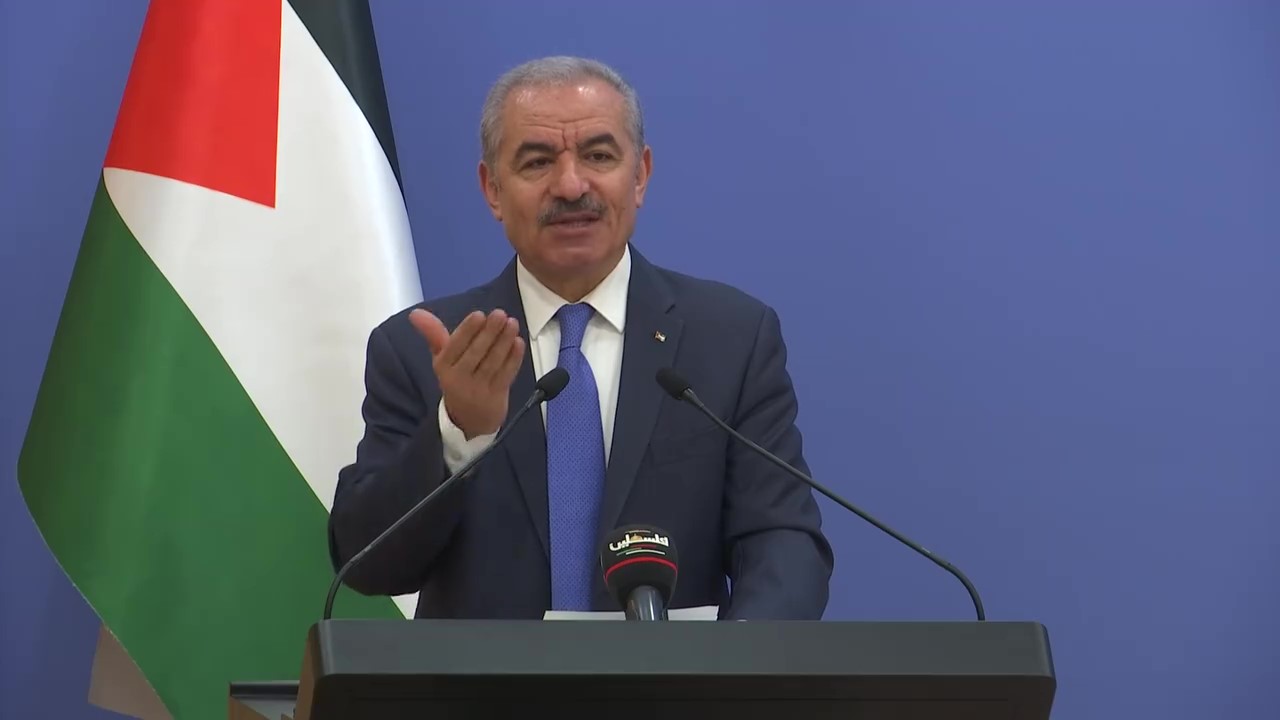 RAMALLAH, Monday, July 27, 2020 (WAFA) - Despite a crippling financial crisis and inability to pay full salary to its employees, the Palestinian government said today it still refuses to accept the tax revenues from Israel through coordination.

Palestinian Prime Minister Mohammad Shtayyeh said at the start of the weekly cabinet meeting held in Ramallah that his government still refuses to accept the tax revenues that make up more than 60 percent of the general Palestinian revenues.

“We are continuing with a total halt to ties with the occupation, and we will not allow it to blackmail us, and therefore we will not receive the clearance funds from this month,” he said.

The Palestinian Authority suspended all ties with Israel as of May 19 after the latter announced plans to annex a large part of the occupied West Bank in violation of signed agreements and international law and resolutions. With the end of ties, the PA stopped receiving around $200 million of tax revenues Israel collects on its behalf on goods and services destined to the Palestinian territories. Israel insists on delivering the money only through coordination, a step strongly rejected by the PA, which describes it as a “blackmail” attempt.

Shtayyeh called on the Palestinian public employees, who number more than 180,000, and who were promised only half salary for the second month in a row, to be patient and steadfast in facing this financial crisis.

"I am confident that with your patience and steadfastness we will be able to overcome this deviation and defeat this colonial settlement project related to annexation,” he said, addressing the Palestinian people and more particularly the public employees.