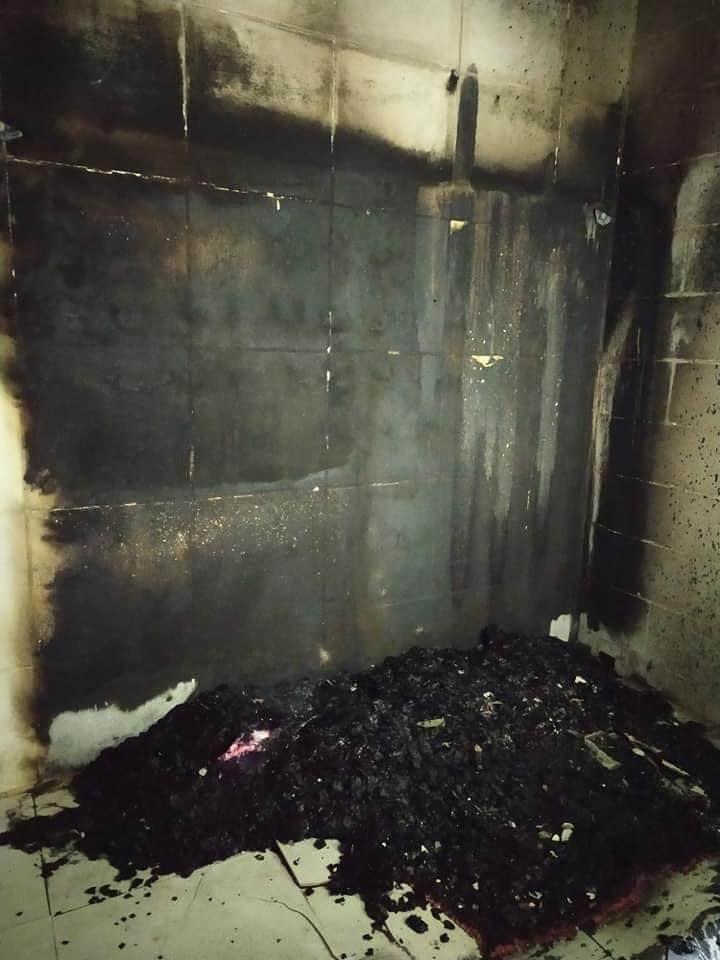 Section of the mosque in al-Bireh set on fire by Israeli settlers. Palestinians have condemned the arson.

RAMALLAH, Monday, July 27, 2020 (WAFA) – Prime Minister Mohammad Shtayyeh and other Palestinian officials today condemned Israeli settlers’ arson of a mosque in the West Bank city of al-Bireh, describing it as a criminal and racist act.

Israeli settlers sneaked into al-Bireh from the nearby illegal Israeli settlement of Psagot and set parts of a local mosque on fire while writing racist graffiti on its walls such as “siege to the Arabs,” and “this land is for the Jews.”

Shtayyeh said at the start of the weekly cabinet meeting held in Ramallah that the arson is considered a criminal act while holding the Israeli government responsible for it.

“This is a criminal and racist act and we hold the occupation authority fully responsible for it and for the unruly acts and growing violence of the settlers,” he said.

The Foreign Ministry has also condemned the arson saying it takes very serious attacks on places of worship.

“The Ministry, while taking the settlers’ attacks against places of worship very seriously, holds the Israeli government and its prime minister fully and directly responsible for this attack,” it said in a statement.

Secretary-general of the Executive Committee of the Palestine Liberation Organization, Saeb Erekat, called the arson “racism and apartheid.”